No one can argue that dining in a fancy restaurant is a wonderful experience. Most of the time you get first-class service and great-tasting food. At the other end of the spectrum, however, is a culinary adventure that enables people to explore all sorts of gastronomic delights. Street food has been appealing to diners and foodies since time immemorial given it’s practicality, cost-effectiveness and flexibility.

Today we present three notable street food destinations in one of the most bustling cities of the world: London.

Old Truman Brewery located along Brick Lane is a spot where various cultures meld together, featuring exhibits and displays from numerous artisans including fashion designers, jewelers, and artists from all over the planet. At the center of it all, however, is the Sunday Upmarket, which was heralded by The Culture Trip as the “heart of any Sunday at Brick Lane.”

To date, you can find more than 25 food traders here, which serve delicacies from every continent. There’s Ethiopian coffee, Japanese sushi, Brazilian sandwiches, a Spanish caravan, and much more make this to one of the nicest London markets. 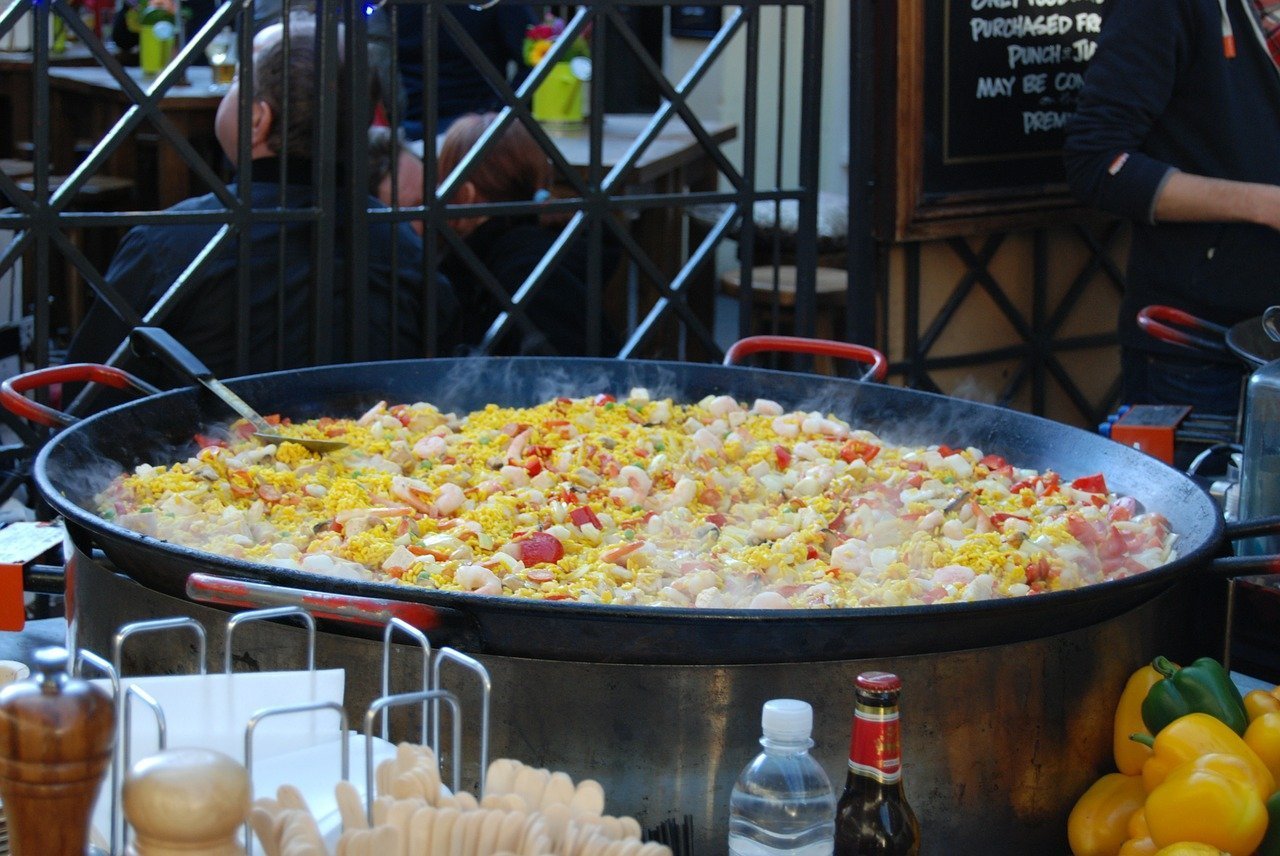 Thanks to St. Katharine Docks, indulging in epic street food while enjoying a view of the Tower Bridge is now possible. London Street Foodie highlighted the group of people behind it, collectively forming Epicurean Events, and they’re truly dedicated to good food.

Among the available culinary choices are Dhan Waffle, Nha Trang Kitchen, House of Dodo, BBQ Dreamz, Muffin Man, Santana Grill, and Crafty Pies. From the ones mentioned, it’s clear that you can experience street food from Mexico all the way to the Philippines, but it doesn’t stop there. 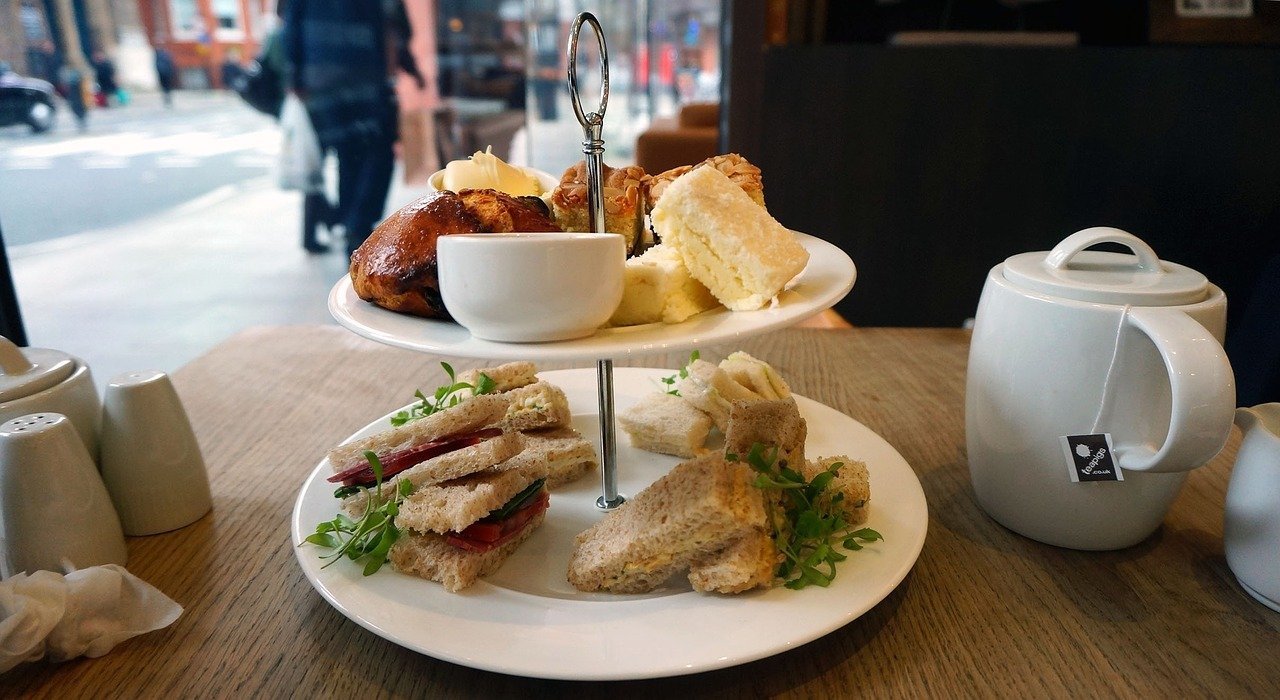 According to The Evening Standard, these are two roads that showcase London’s Best Street Food Markets. There were lots of other destinations on the list, but for now, we go to the Western part of the city.

Though both have wide selections of street food, the most abundant are Moroccan and Middle Eastern cuisines, due to the significant number of residents in the area who originate from the aforementioned regions. So, if you’re craving the best falafels, kebabs, and shawarmas in London, Golborne Road and Portobello Road have you covered. 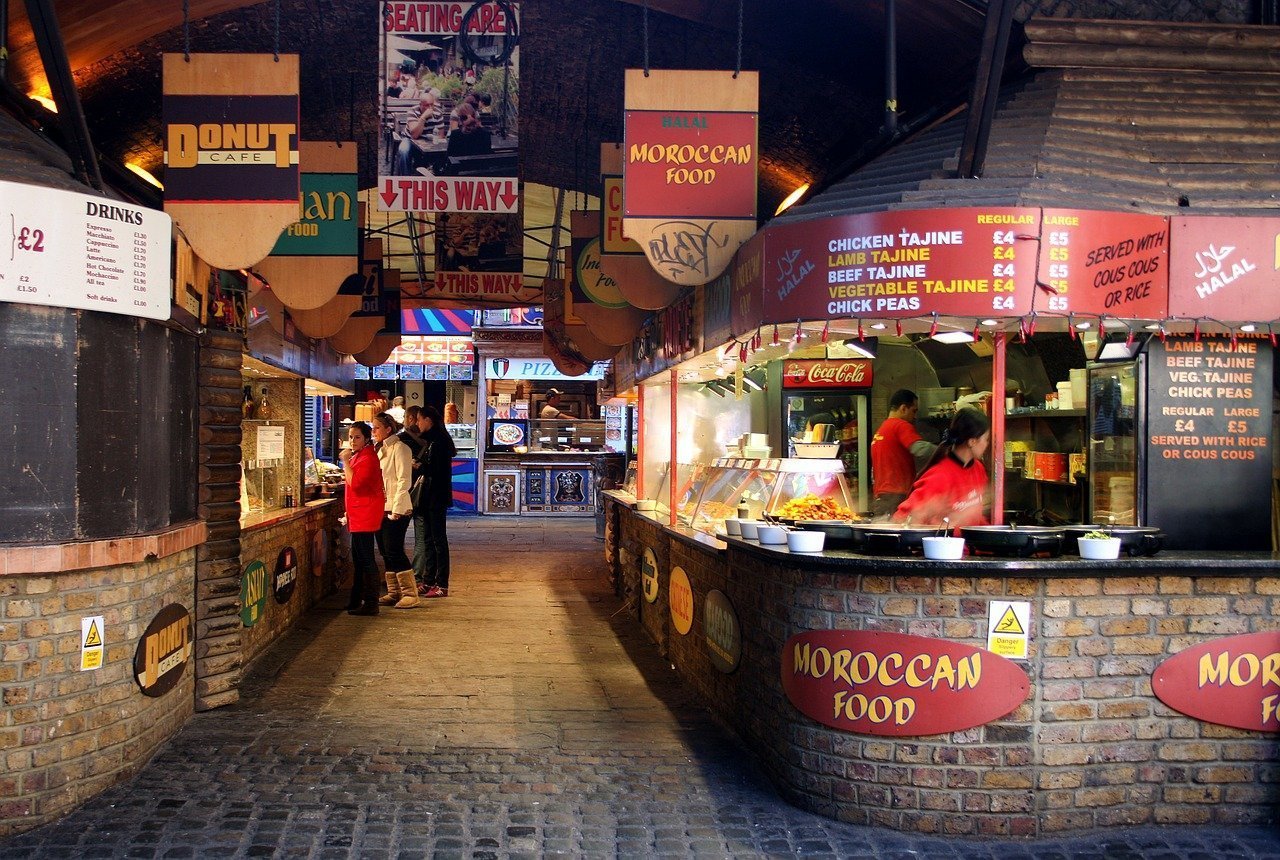 Tips for getting around

The most accessible means of transport within the city is still the London Underground, as it has numerous stops in Greater London. Another public transport option is through the city’s buses, but bear in mind that they follow set schedules.

An alternative would be a car rental, giving you added convenience and efficiency in taking shortcuts if you so desired. Also if you’re from overseas, you can pick up a rental vehicle from one of the city’s airports numerous car parks. At Gatwick Airport for instance, Parking4Less mentioned a short stay parking area between the two terminals which also received a Park Mark Award primarily due to its convenience for passengers. Thus, you can to get to your car within a few minutes upon your arrival in the city.

The least popular choice is taking taxis. They are extremely expensive, while not providing you the same flexibility as having your own vehicle.