The Sri Lankan food has been influenced mainly by its Indian neighbour but also by its colonial history. Sri Lankan food is definitely dominated by its diverse offerings of curries. Despite its similarities to South Indian food, the Sri Lankan cuisine has its very own kind of taste. It is particularly rich in flavor as many dishes are strongly spiced. Main components are fish, rice, coconut and curry.

One of the best experiences of Sri Lankan food was in Tissamaharama, down South-East of the country. We stayed in a small guest house and have been served a delicious dinner. It was made up of various types of curries (chicken, fish and vegetable) accompanied by portions of rice, papadam (a thin, crispy heated dough), roti (flat bread) and dal lentils. The tastes were extremely good and not as spicy as I expected. 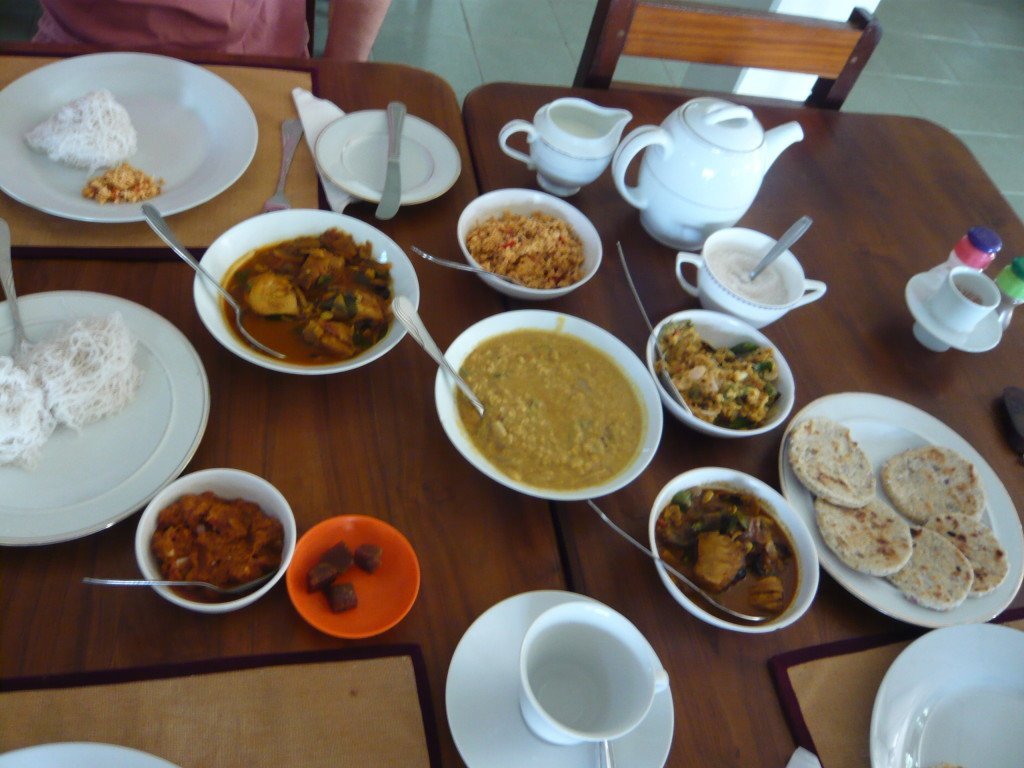 During our stay in Sri Lanka we tried many different foods. What we really loved the most was the vast variety of fresh fruits that can be found throughout the country. Every now and then we stopped on the side of the road to grab some bananas, Mangos, passion fruits or Mangosteen. We also saw many different types of fruits when visiting the markets during our tour. 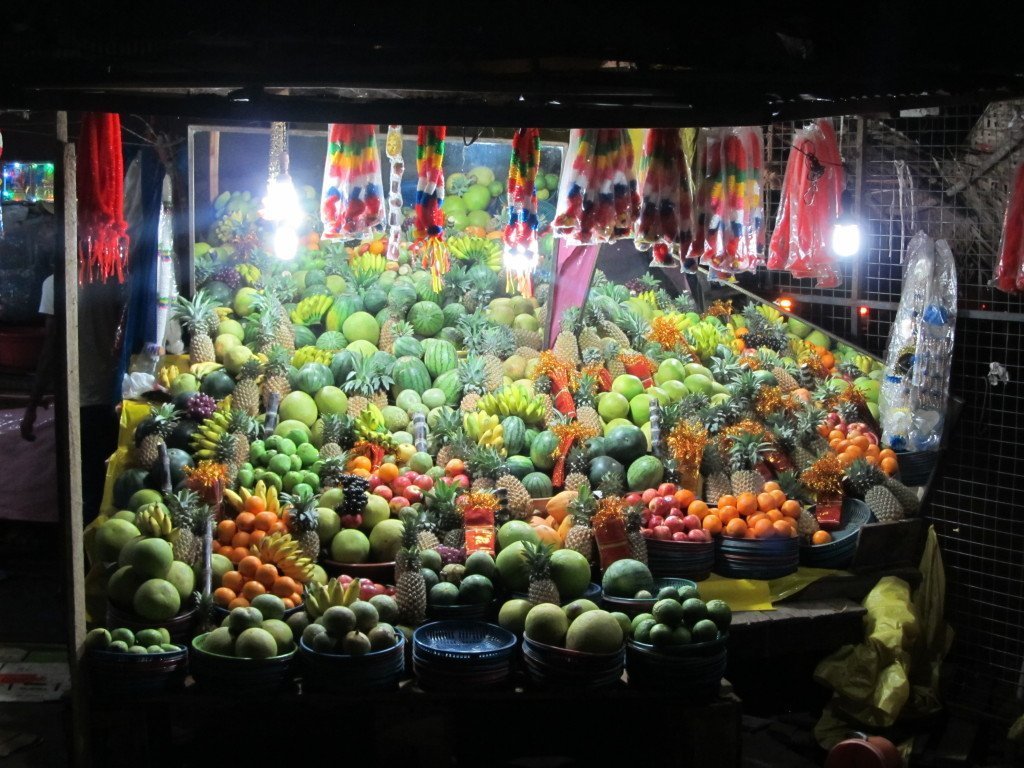 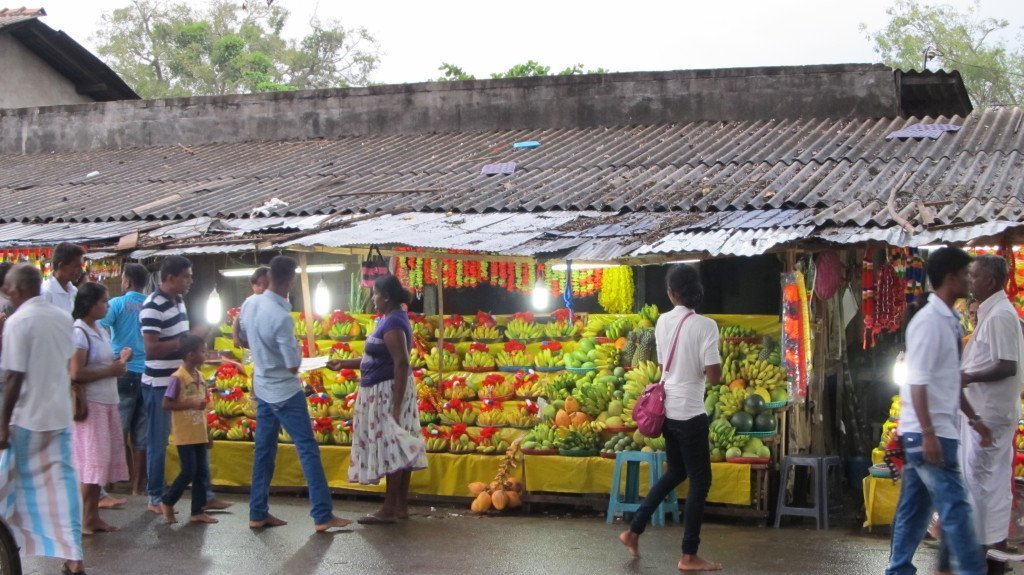 Secondly, we obviously enjoyed the curries with rice as this is something that I could eat (almost) every day. Interestingly the ingredients during breakfast were not that much different. Sometimes we ordered the Sri Lankan breakfast rather that the European one. You would have to get used to eating rice and curry in the morning but if you don’t go for that every day it is just fine!Alongside were so-called hoppers, or also named Appam – very common within the Sri Lankan food. Appam is a type of pancake made with fermented rice batter and coconut milk and comes in different shapes. Sometimes it comes in the shape of strings (string hoppers) as seen in the picture below. They are made from thick rice flour and are squeezed into thin noodles, then steamed.

Overall I must say that I was positively surprised by Sri Lankan food and would not have expected so many different types of flavors, especially amongst the curries. Very common are fish and chicken dishes, especially deviled dishes such as deviled sweet and sour fish curry or deviled chicken. Very interesting to me was the Pol Sambol, a coconut sambol made up of finely grated coconut blended with chili and onions – I very much enjoyed that one!