We took an early flight to make use of as much of the day as we could and landed safe at the airport of Dumaguete City – the capital of the province of Negros Oriental down South of the Philippines. Rocio and I decided to make this trip because we just wanted to explore a bit of a different destination as compared to the usual hot-spots of the Island.

The sun hit our faces as we descended from the plane and walked towards the small arrival gate, followed by a view tourists. As we left the building we were approached by a group of locals who all offered us various trips to town and surrounding attractions. Dumaguete is quite a famous places for tourists as the city is strategically located for trips around the Visayas – one of the three big Island groups of the country. One of these places is Siquijor Island – and that was also our destination.

Instead of taking a bus or taxi we decided to ride a small motorized tricycle to reach the main port of the city. Relieved by the breeze of air we arrived down at the harbor within 15 minutes. There were a few boats in different sizes waiting to be filled by travelers, tourists or island commuters. We checked the next boats departing to Siquijor and decided to take the fast ferry. It turned out the ferry was very fast indeed – actually, I felt like the boat barely touched the water as we were constantly flying over the waves!Yet we somehow arrived safely on the Island. 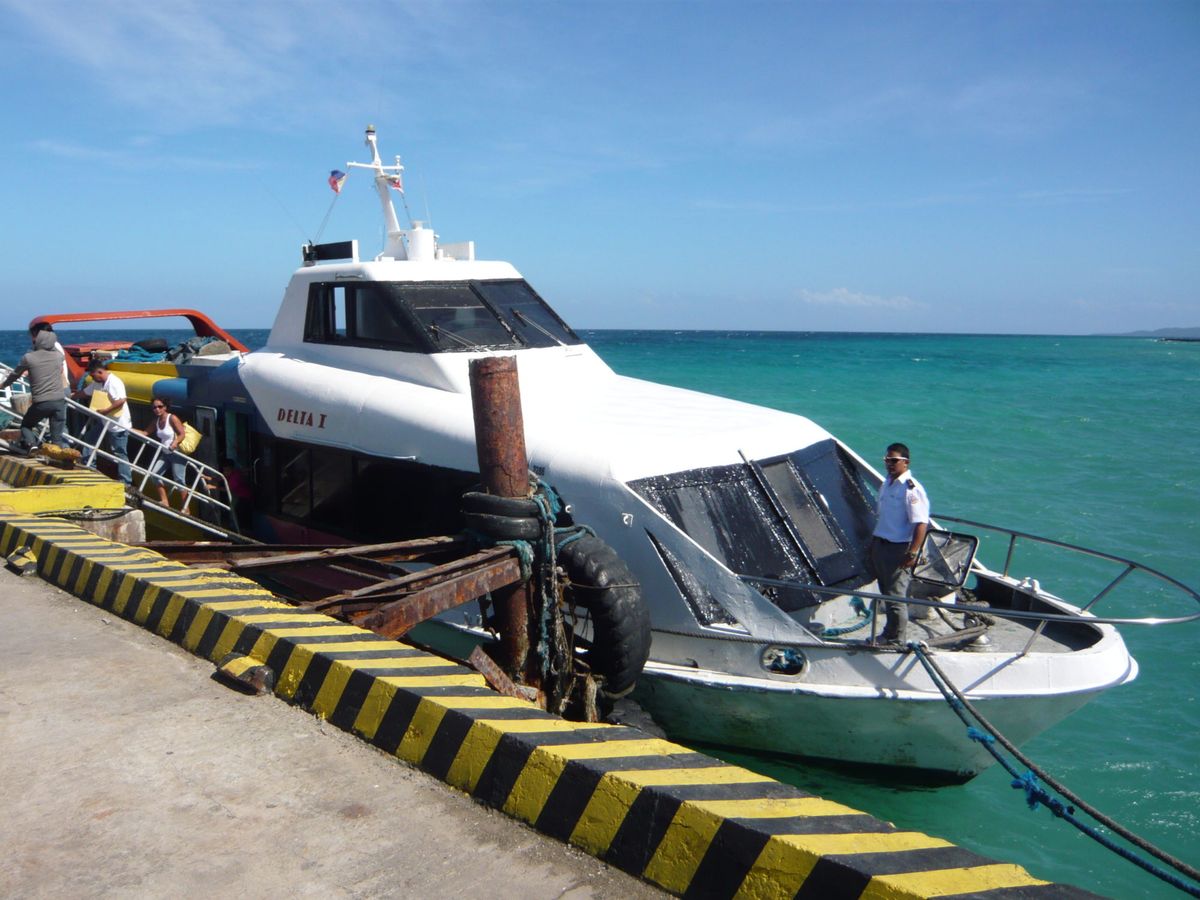 Arriving on the Island

Still a bit turmoiled by the ride we were pleasantly greeted by a beautiful beach right at the arrival port. Luckily we managed to join some tourists who organized a transfer to the hotel and joined them. The van took us across the Island where we finally reached our resort.

The Coco Grove Resort on Siquijor island is perfectly located along a nice long beach and is probably the biggest and perhaps most beautiful place to stay on the island. 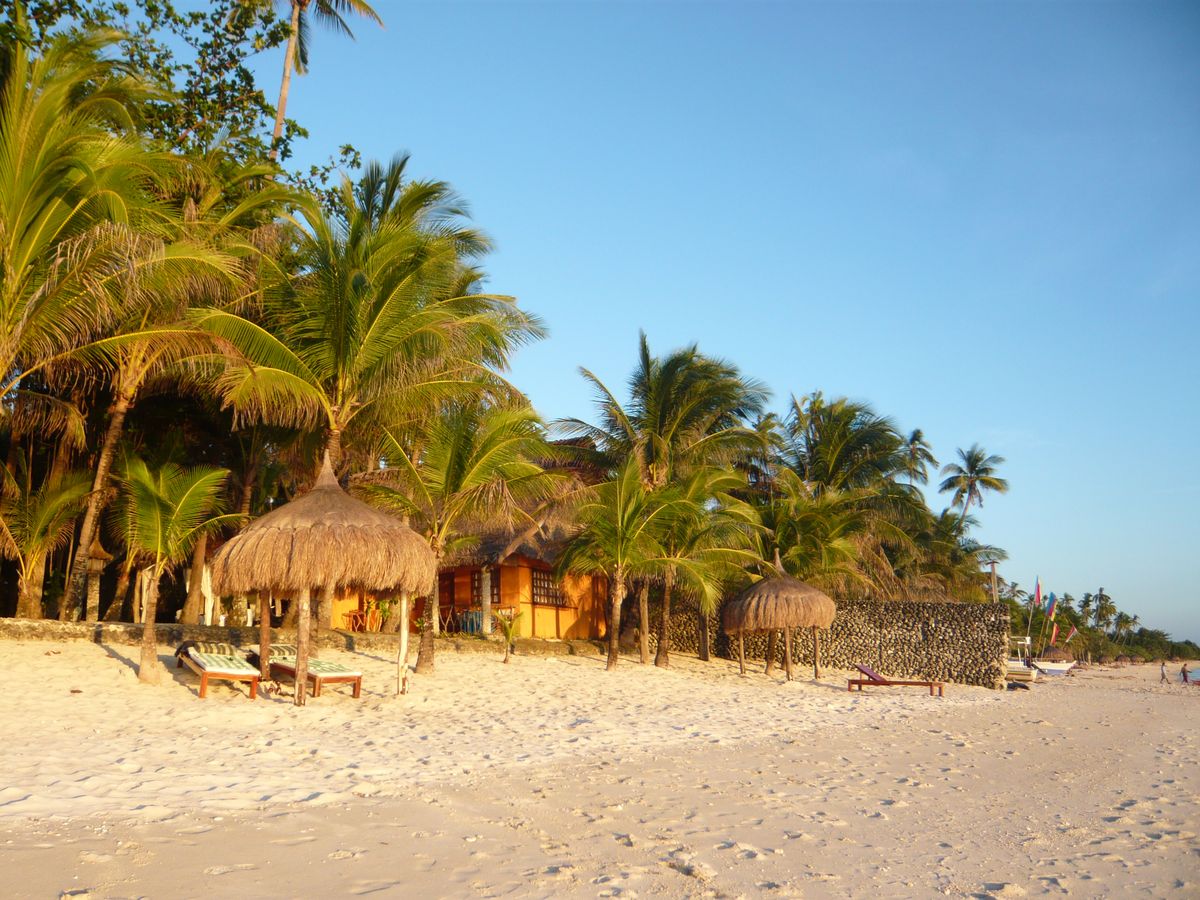 The next day we decided to discover the Island and rented a tricycle to bring us around. We passed by old enchanted trees, water cascades and even more stunning beaches. 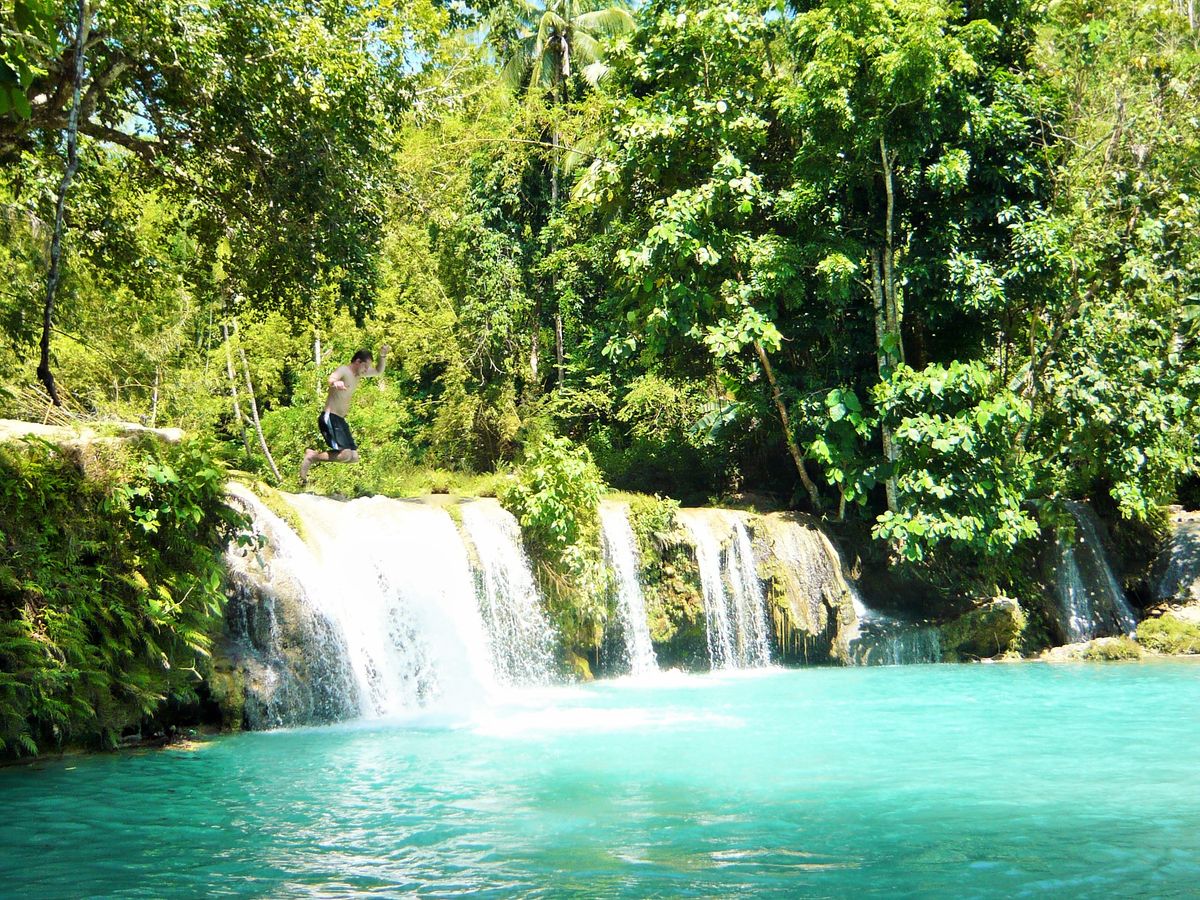 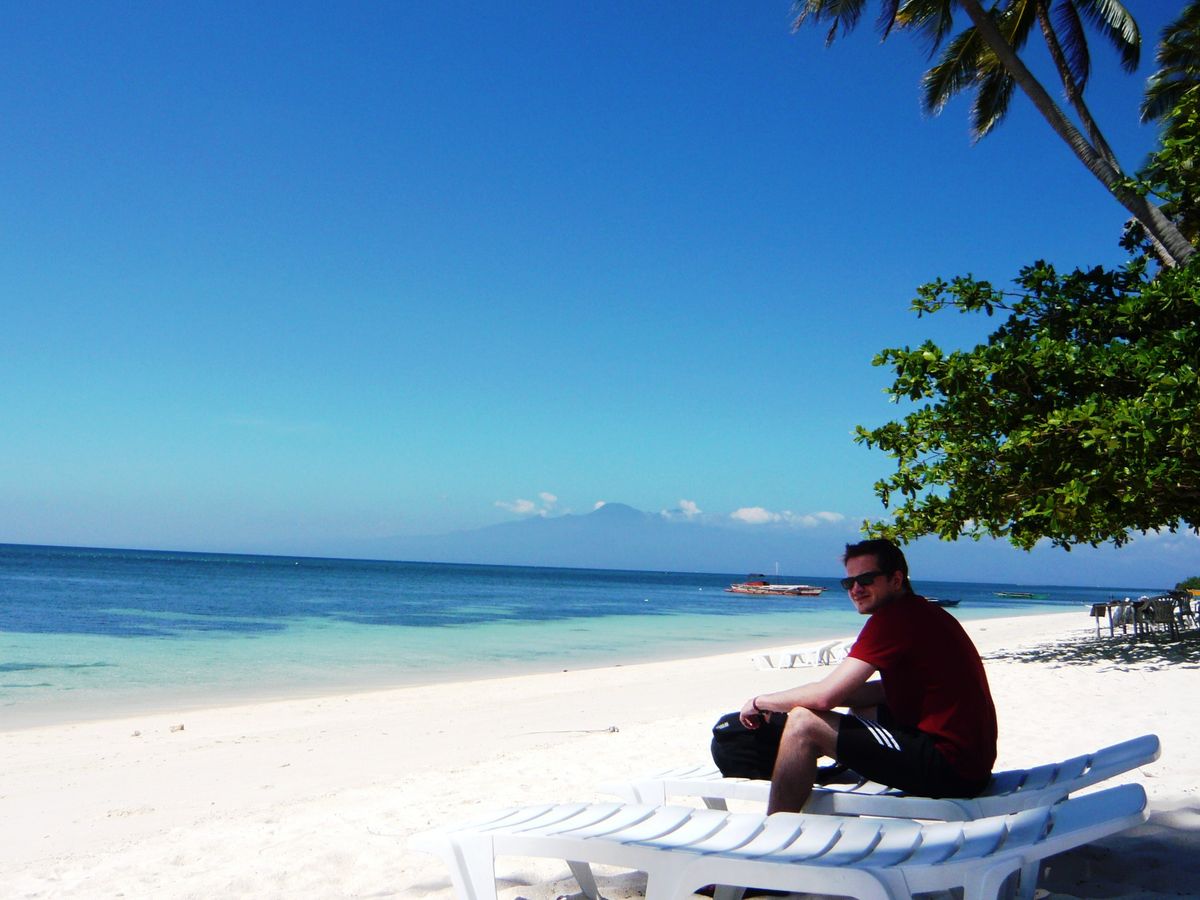 The tricycle driver took us to some very nice strips of beach and we really enjoyed the purity and loneliness of these places. The entire Siquijor island seems to reveal a certain type of tranquility and peace that we very much loved.

After enjoying a nice sun-downer at the hotel and after a nice rest we took a next ferry to Apo Island on the next day, around an hour boat trip from Siquijor. The Island is well known for its diving and snorkeling locations and also because of its community-organized marine sanctuaries. 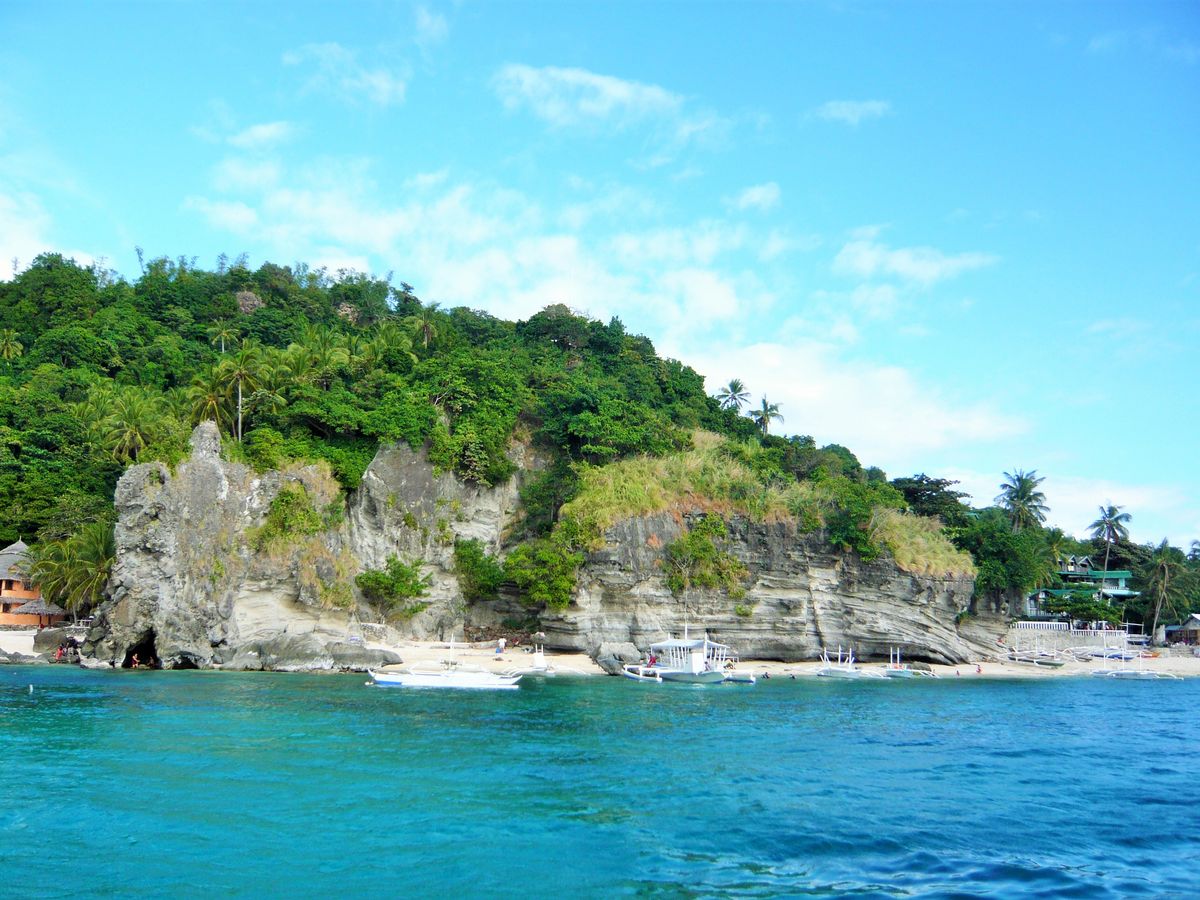 We ended up snorkeling with huge sea turtles and loads of fishes along the coast´s coral riffs. It was a very nice experience and definitely worth the trip.

After returning back to the resort we spent the rest of the time enjoying the beach and simply having a calm and relaxed stay. The restaurants were very nice and the stunning evening sunsets finalized our exciting days in a very beautiful way. 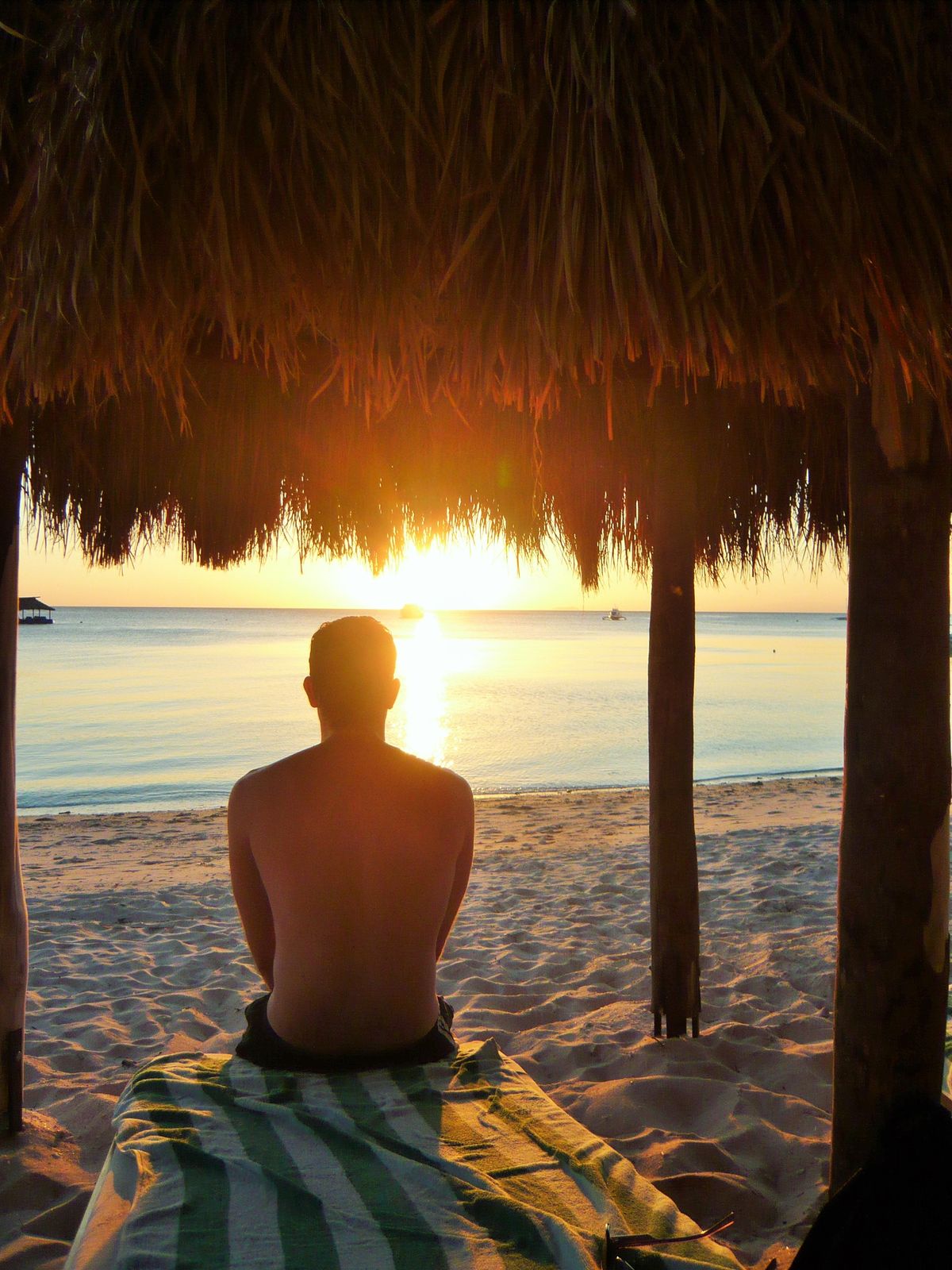 Siquijor island was named by the Spanish as the Island of Fire or Isla del Fuego (because of its large swarms or fireflies which placed themselves on the trees of the island) and it is still associated with old mystique traditions and natural healing. Even though had not supernatural encounters and unfortunately did not see any fireflies we still enjoyed the magic of the Island and would definitely recommend visiting it.

5 things not to miss on Siquijor Island

3. Discovering the Island on a tricycle