Before we dig into our personal Oktoberfest beer experience, we think it’s best to give you a brief introduction to what this fest is all about and what you should know before going.

What is the Oktoberfest and how do I get there?

The best way to reach the city is either by train within Germany/Europe or by plane. Most of the large airlines such as Emirates airlines where you can get amazing discounts on Emirates Flight Booking at Cleartrip, Lufthansa or British Airlines directly fly to Munich Airport (MUC).

Some Info about the Oktoberfest

Over the last years the Oktoberfest has attracted around 6 million visitors within its 16-day period and the average beer consumption lies at roughly 7 million liters. Additionally, hundreds and thousands of grilled sausages, chicken and pretzels are being consumed.

Due to its increasing popularity also amongst foreign visitors it is recommended to plan your stay in advance and book your accommodation and transport. Also, if you want to enjoy a real Oktoberfest experience, we suggest to wear the traditional outfits (Dirndl for the ladies and a Lederhosen for the men, see pictures) 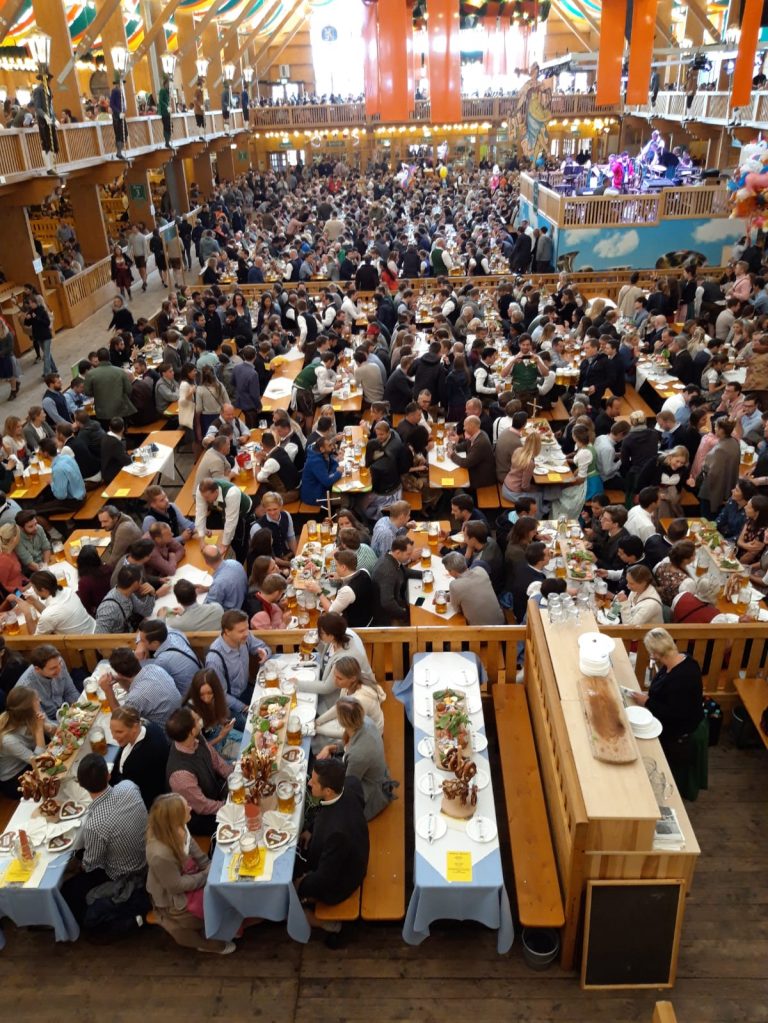 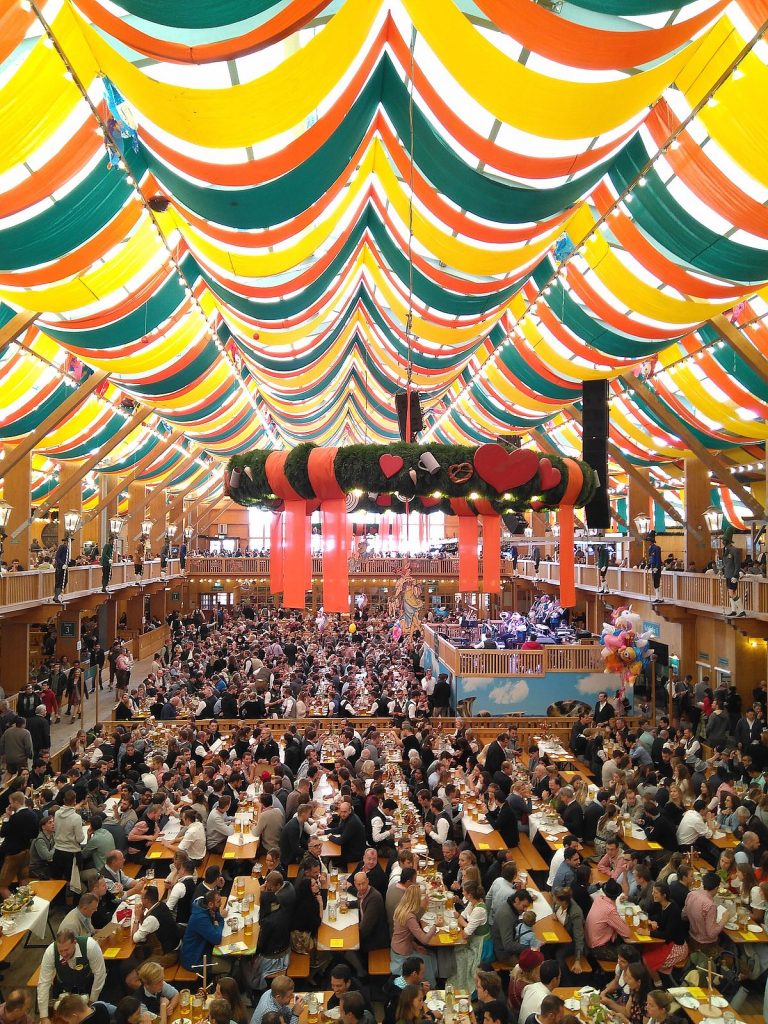 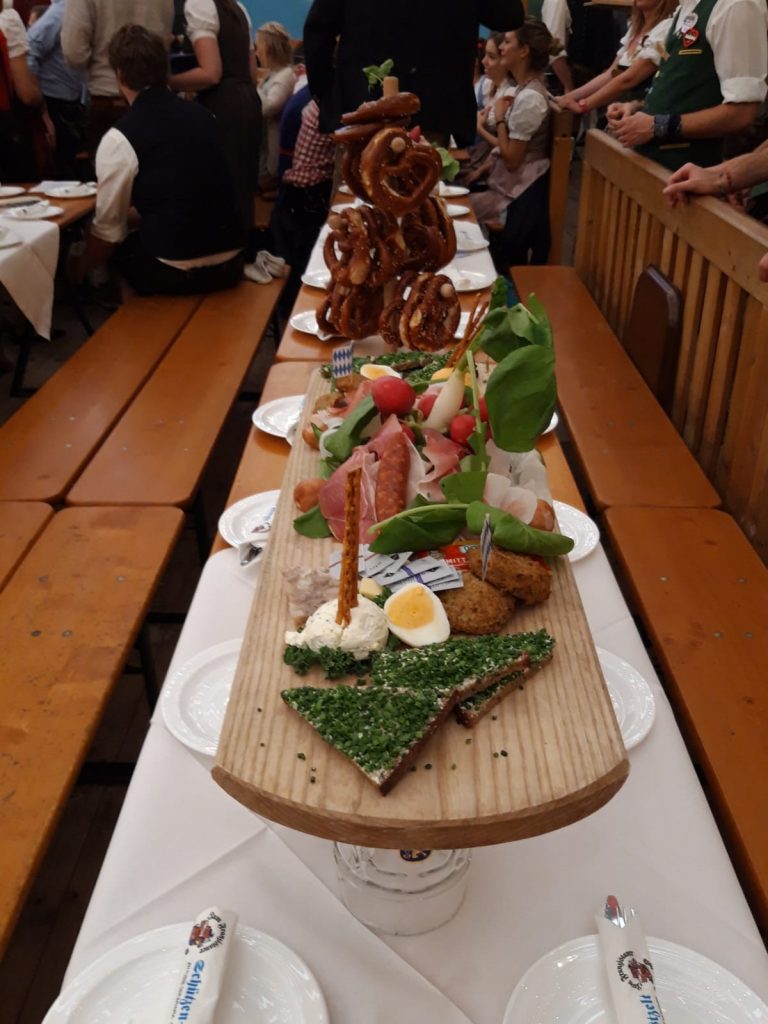 The best place to enjoy the Oktoberfest is to get into one of the numerous tents. It is also recommended to reserve your tables in advance if you are many people (see reservation advice here). The larger tents such as the Augustiner, Hofbräu or the Paulaner are the most popular ones but we also suggest visiting the less touristic and traditional tents such as Armbrustschützen Festhalle or the Schützen Festzelt (which we were in most of the time).

Apart from drinking beer you can also enjoy the various fairground attractions. Believe it or not, the Oktoberfest is aimed at families and so you will find many other things to do. You can either visit the many spectacular rides such as the rollercoasters or visit the Teufelsrad which is a very fun thing to watch (check the video).

Ok, lets get down to the beer business!

The Oktoberfest beer is actually a different kind of beer produced specifically for the Oktoberfest. It has a Stammwürze or a specific mix of malt, hop and water which must be at least 13,5%. Also, the alcohol level must be between 5,8 and 6,4%. It therefor is a bit darker and stronger than normal, traditional German and Bavarian beer.

The Oktoberfest beer is only allowed to be from Bavarian and Munich breweries. The ones that serve beer here are the main breweries of Augustiner, Hofbräu, Hacker-Pschorr, Löwenbräu, Paulaner and Spatenbräu. As all German beers also the Oktoberfest beer has to adhere to the Reinheitsgebot, which is a norm that has been introduced back in the 15th century to allow that beer is only allowed to contain the ingredients of water, hops and malt. 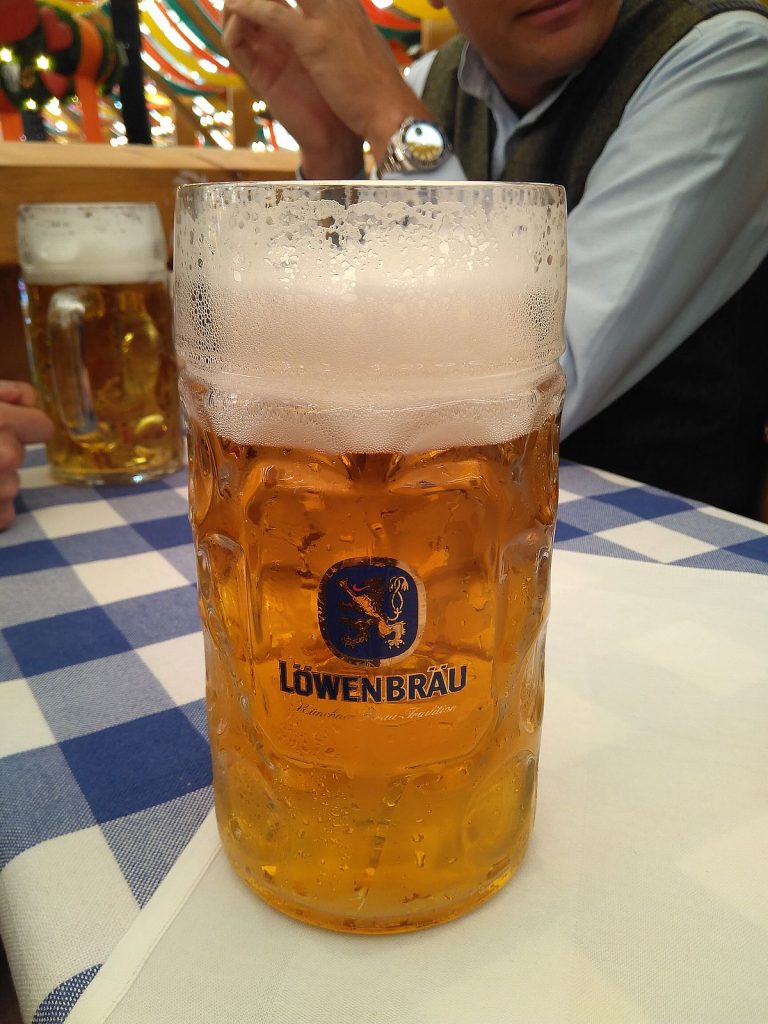 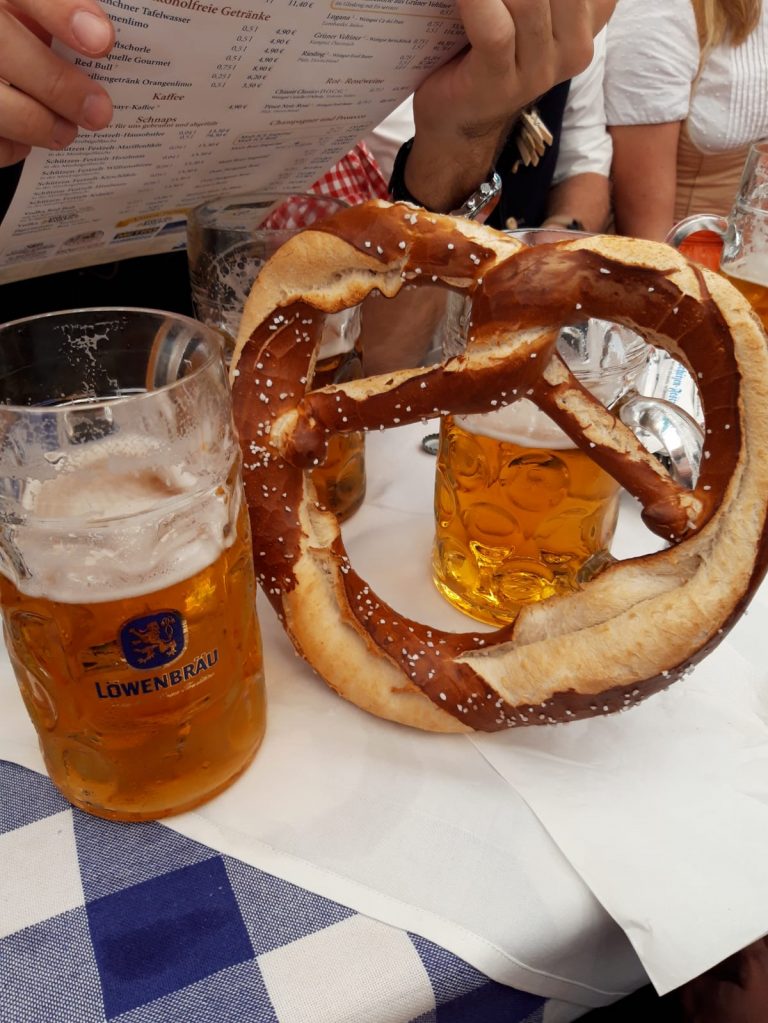 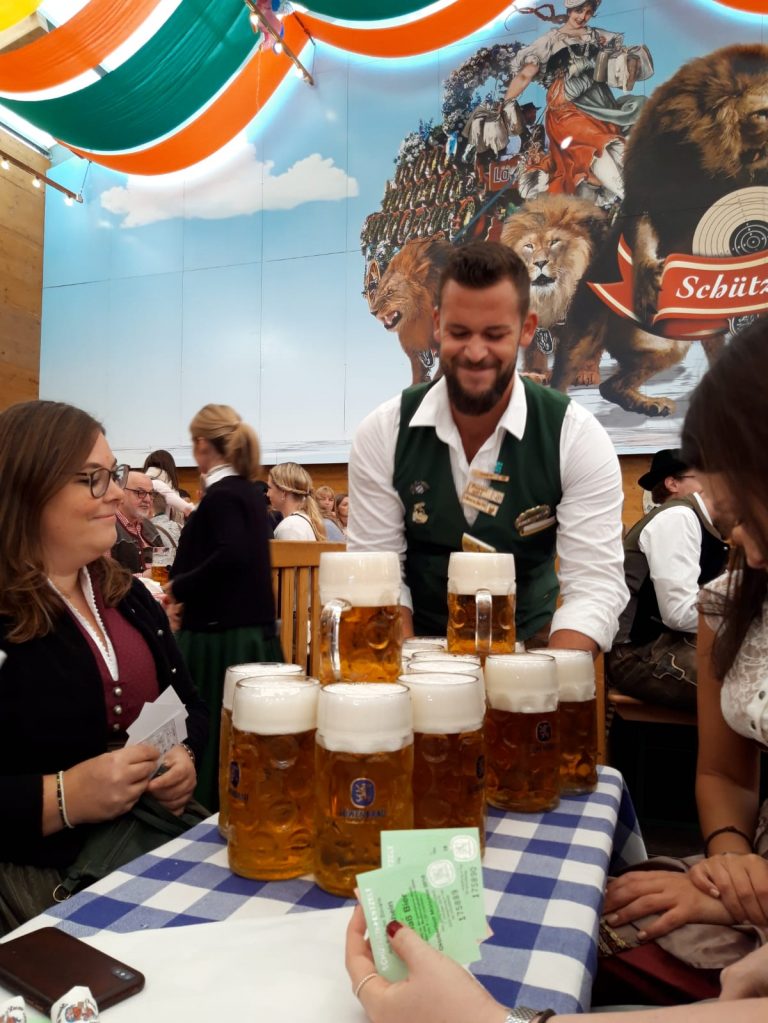 During the Oktoberfest the beer is filled in a Maß, which is a German word describing the amount of beer in a regulation mug. A Maß contains exactly one liter of beer. As you tend to arrive at the Wiesn (another word describing the Oktoberfest) quite early you end up drinking and eating all day long. This can lead to a high consumption of beer during your visit which can easily lead to an intake of around 4-6 liters of beer/person, depending on your stamina. The best way to soak up the beer is to enjoy it alongside with some delicious sausages (Bratwurst), knuckles of pork (Schweinshaxe), roasted chicken (Brathendl), Pretzel and some potato salad.

We absolutely enjoyed our stay at the Oktoberfest and can highly suggest visiting this unique fest which will guarantee you a great experience. Is it full of drunken Australian, Italians and Brits? Yes, you will definitely find them but alongside many drunken Germans as well 😉 Though we suggest visiting one of the more original tents as mentioned above to get the full Bavarian experience.