Where is Madeira Island and how do I get there?

The archipelago of Madeira is located in the Atlantic Ocean, southwest of Portugal and Northwest off the coast of Morocco. It is an autonomous region of Portugal but still an integral part of the EU. It consists of 3 different islands – Madeira, Porto Santo & Desertas – of which only the first two are inhabited.

Many airlines fly to Madeira island, in particular to the country’s airport in Funchal (FNC). These include airlines such as Air Berlin, TAP (also flies from the U.S.) , Niki, BA, Condor and Easyjet. Landing on the island is quite an experience as the airport is very ‘unique’ – you will see for yourself 😉

When to go? Actually, Madeira is a great destination throughout the entire year. Best time considered to visit is between June and September when the rainfall is low. July and August get very hot, New Year and Christmas are the most packed times of the year.

Getting around & where to stay

The best way to get around Madeira island is by car. Even though there is a transportation system of buses serving most parts of the island it is best to rent a car and be more flexible. Roads are in great condition and distances are not really far. There are highways connecting all parts of the island and smaller, coastal roads that bring you everywhere.

We decided to rent a car through Bravacar and got some good deals there. They will come pick you up from the airport, service and car have been good.

In terms of finding a place to stay, the island offers a huge variety of accommodation options for every budget. Since Madeira is a relatively small island (it takes around 1 hour to get from one side to the other) we opted for staying in the island’s capital city of Funchal, from where we discovered the island.

After reviewing some offers we decided to stay at the Pensao Residencial Vila Teresinha. It is a neat guesthouse located in the center of town with clean & comfy rooms, good breakfast, friendly service and offers great panoramic views. Prices are very decent and you can choose between single and double rooms with balcony and ocean views.

Alternatively, we recommend staying at the 29 Madeira Hostel, also located in the city center with good prices and good facilities. You can choose between private, double rooms or 4-bed dorms.

Best spots to visit on Madeira

Madeira Island truly is one of the nicest destinations in Europe that we have traveled to so far. Our other visited spots in Portugal such as Lisbon or Porto have been great as well but Madeira has fascinated us in another way. The island has an incredibly beautiful flora and fauna and loads of things to do and places to visit. In the following we put together a list of spots we visited, each and every one being highly recommendable. 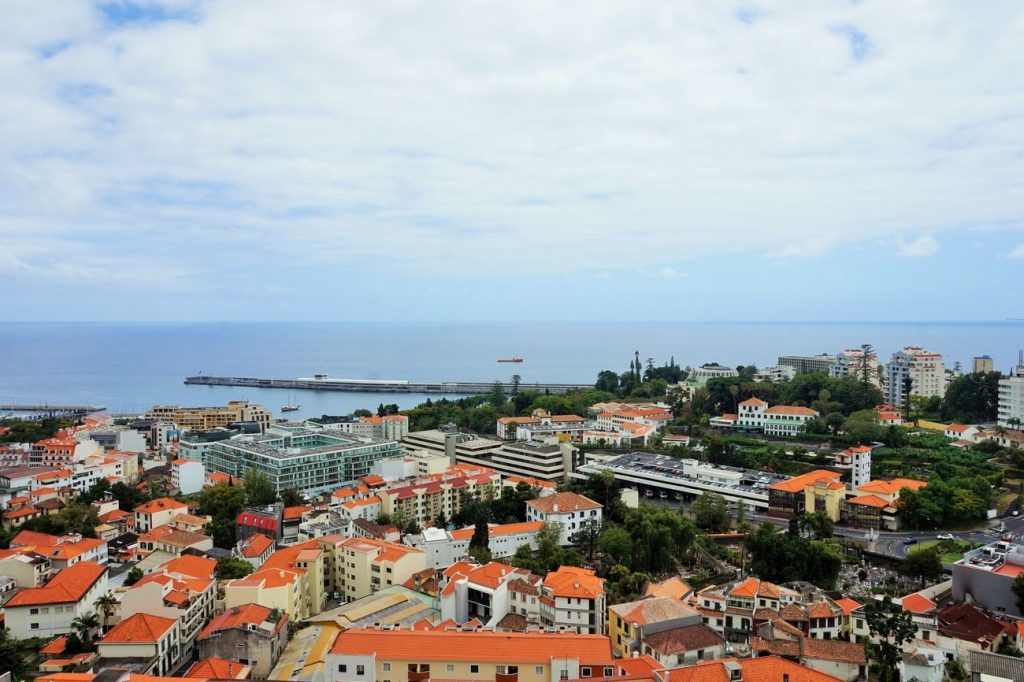 Funchal is the largest city and municipal seat of Madeira. It is situated on the sunny south side of the island, back dropped by a picturesque ring of green mountains. The city offers some beautiful neighborhoods, promenades, cathedrals, and waterfront areas. It is also famous for its world-renowned fireworks on New Year’s as well as the flower festival.

Praia da Calheta is one of the very few beaches on the island. It is located in the town of Calheta on the south-western part of Madeira. A man-made protective reef of large stones has been placed here to offer a calm swimming experience. It’s a nice place to rest for a bit and swim – there are some smaller bars and a hotel restaurant here. 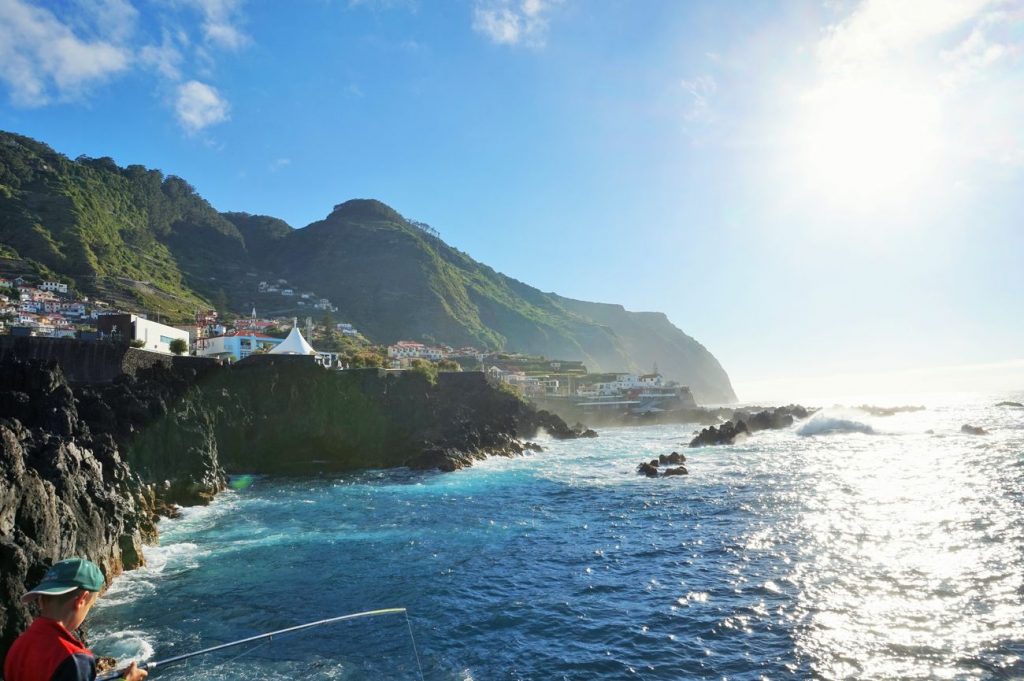 Located in the far northwest part of Madeira Island is a town named Porto Moniz. It is beautifully nestled between the mountains and by the coast and is mostly known for its natural complex of lava pools. These pools are made of salt water. It was a great experience to swim here and definitely a must-see place when visiting the island. 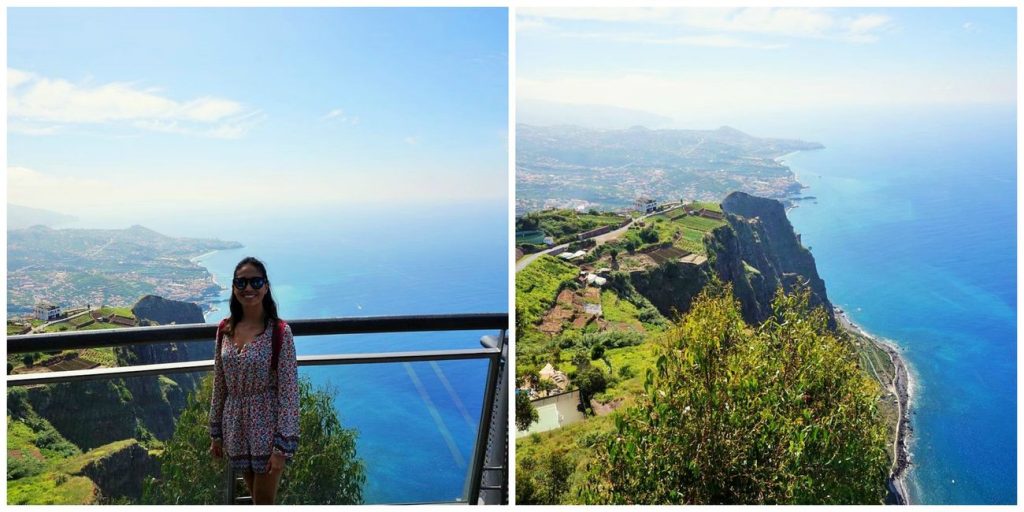 The Cabo Girão viewpoint is the highest cliff sky walk in Europe. It is located on the very top of the Girão Cliff, overlooking parts of the island and the ocean. It is quite a breathtaking view as it is roughly 600 meters above sea level. The platform is made of transparent glass floor, so be prepared in case you are scared of hights! 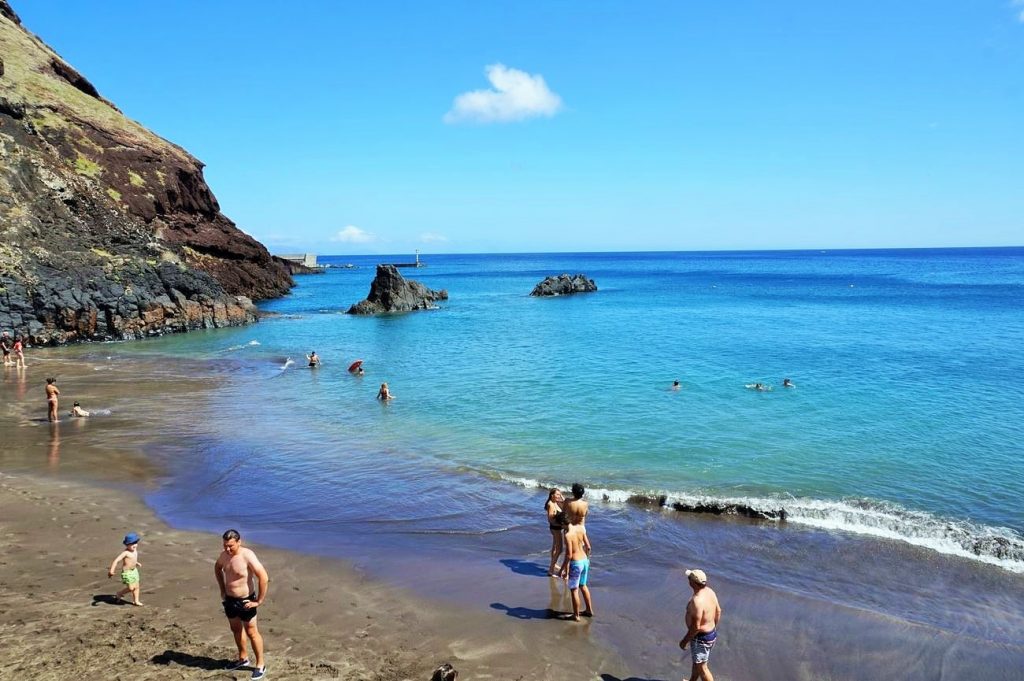 Not far away from the point of São Lourenço is the small, black-sand beach of Prainha Caniçal. Hidden at first sight, you walk down a small path and reach this small stretch of beach. It is here where you can enjoy a nice swim after a tiring hike. There is a small restaurant to grab some good seafood and cold beers. As the name says it is located near the town of Caniçal on the eastern part of Madeira. 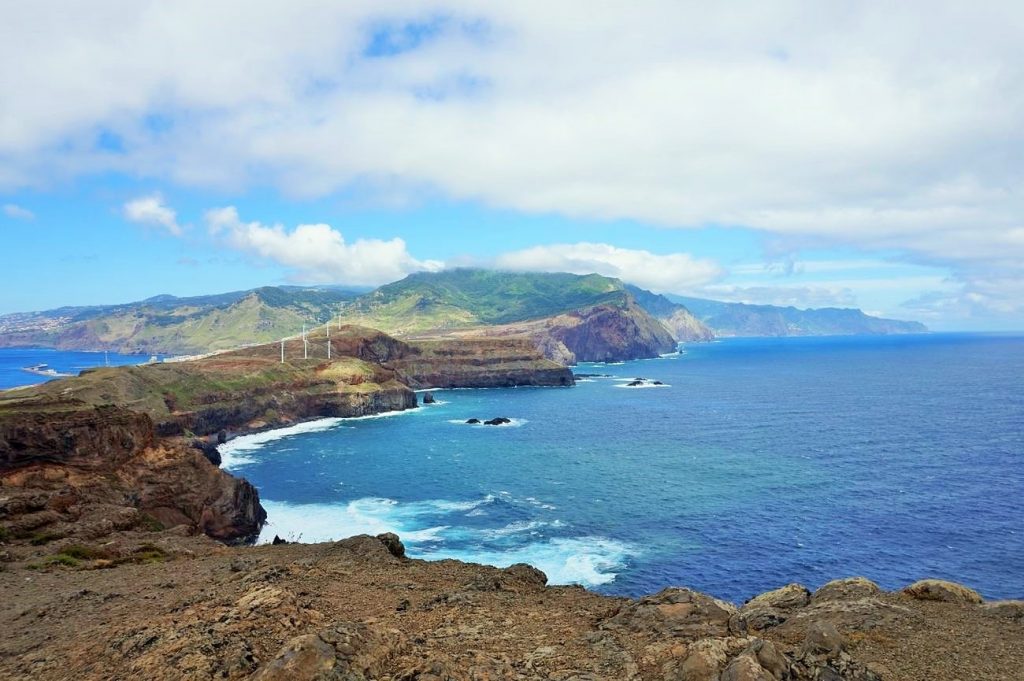 The Ponta do Rosto Viewpoint is located on the tip of São Lourenço on the far east side of Madeira. It offers some beautiful views of the north coast and eastern parts of the island. On nice days you can even see the other island of Porto Santo in the distance. You can drive all the way and walk up to the view point. A nice place to go before or after your hiking in this area.

Câmara de Lobos is one of the oldest fishing villages on Madeira Island. It is located on the southern part of the island, roughly 5 km away from Funchal. This town is a great place to eat some amazing seafood and watch the colorful fishing boats. The town is also home to the famous ‘ponchas’, an alcoholic beverage consisting of rum, lemon and honey. 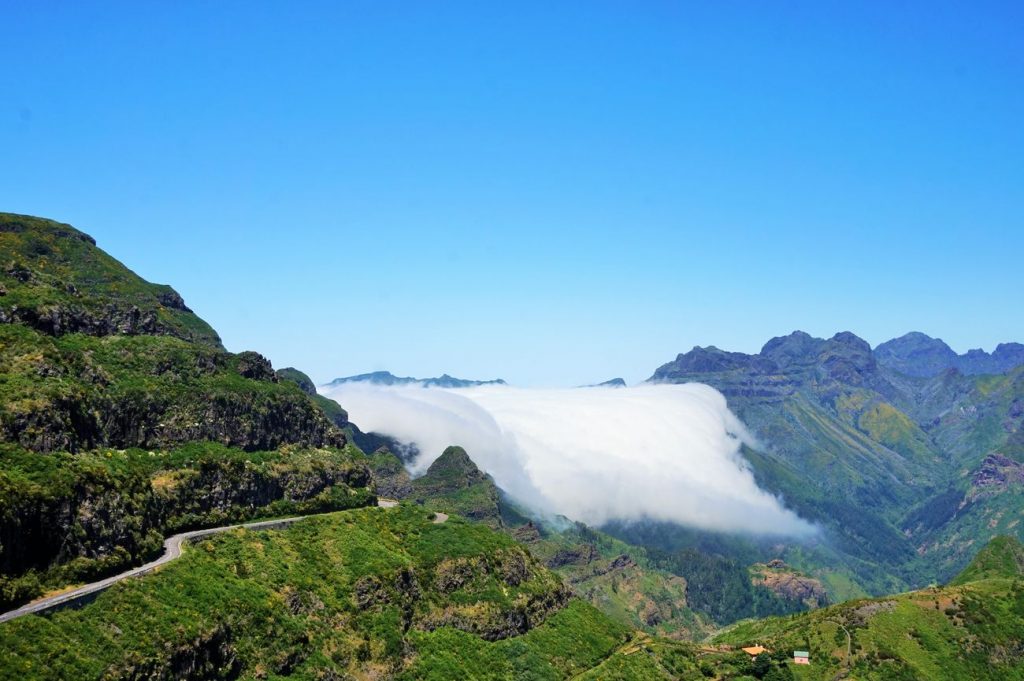 The ER 110 is a road/highway that stretches across the highlands of the western part of Madeira. It is a very scenic road to take as you will encounter lots of amazing views across the mountains. You will find yourself driving above the cloud here and experience beautiful panoramic sights like the picture above. One of the nicest parts is from Porto Moniz over the Paul da Serra plateau. 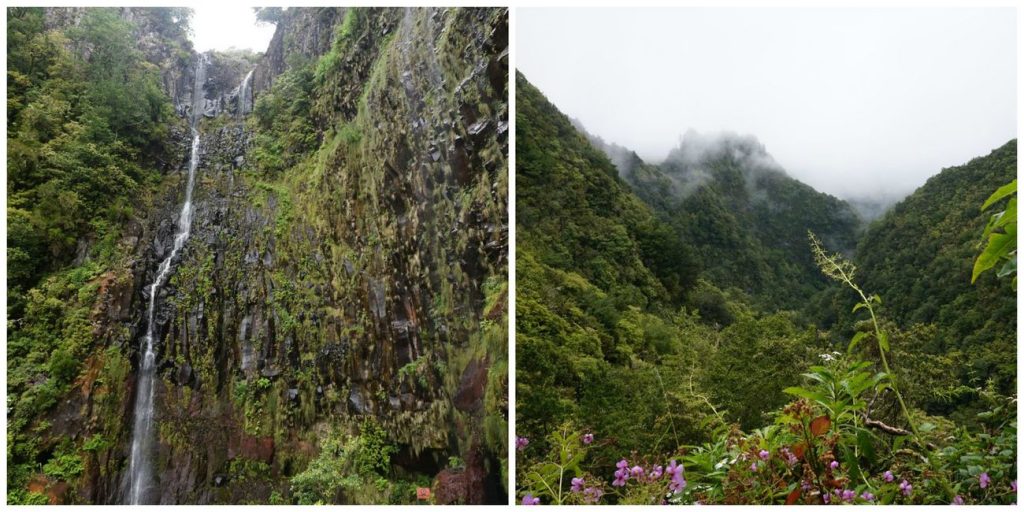 There are numerous hiking routes across the entire island, yet these seem to be one of the most beautiful ones. Both the 25 Fontes & Cascada da Risco and Levada Caldeirao Verde tracks are filled with beautiful natural settings, panoramic views and adventurous trails. 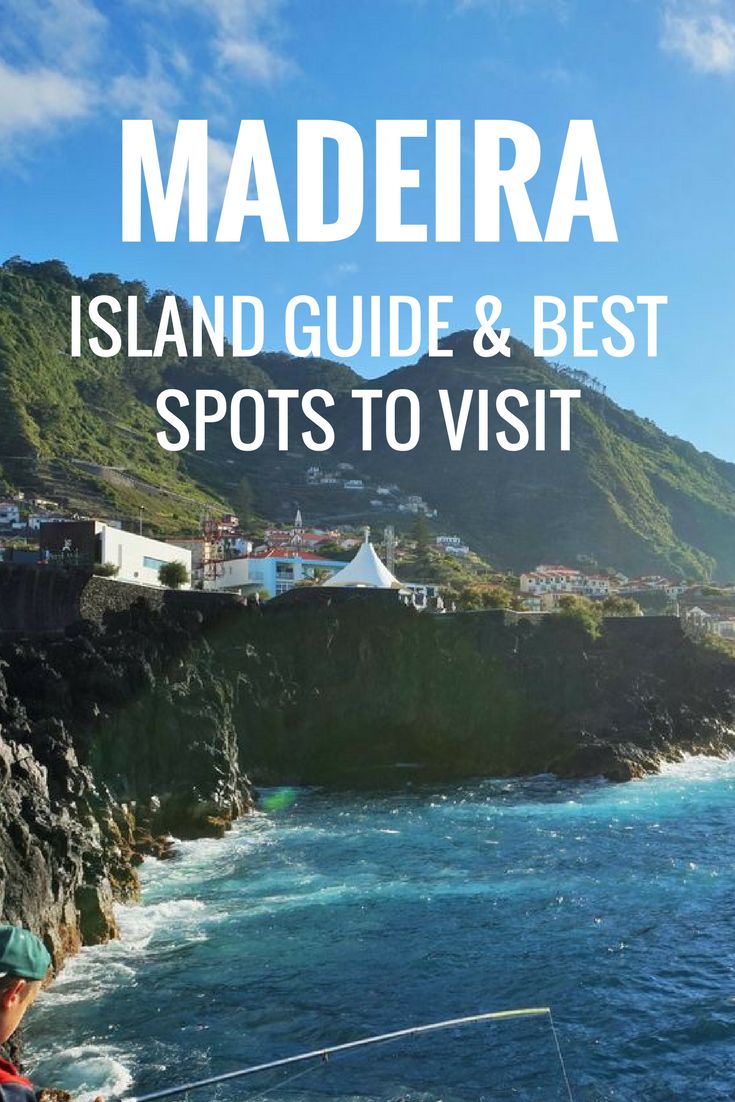