Laguna de Bacalar or Lake Bacalar is a large lagoon located in the state of Quintana Roo in the Yucatán Peninsula in Mexico. It is known for its clear, blue water which is fed by numerous underground rivers and its very natural surroundings.

It’s roughly a 3-hour bus ride from Playa del Carmen to get to the small town of Bacalar. The bus terminal is very small, located directly along the only street passing by this area. Bacalar is a city of the Maya civilization and was formerly named Salamanca de Bacalar, due to Spanish conquistadors which took control of this area in the 16th century.

Stray dogs wander these small streets, a few shops can be seen and foreign tourists are rather scarce. We did not have an idea of where to stay yet but have heard of some nice small resorts located directly next to the lake. The taxi took us down to the lakeside and we were fortunate enough to find a vacant room in the first place we found. It was a very nice hotel called Los Aluxes.

As fortunate that we were in getting a place to stay we were not lucky with the weather that day. The “cold front” struck and the sun decided not to show up the entire day. Nevertheless, the view on the lagoon was great – the resort had a very nice access to the lake with two small jettys and some nice swings directly over the water. We took a swim, had some nice dinner and woke up in the morning with a very warm welcome by the lagoon and, thankfully, also the sun! 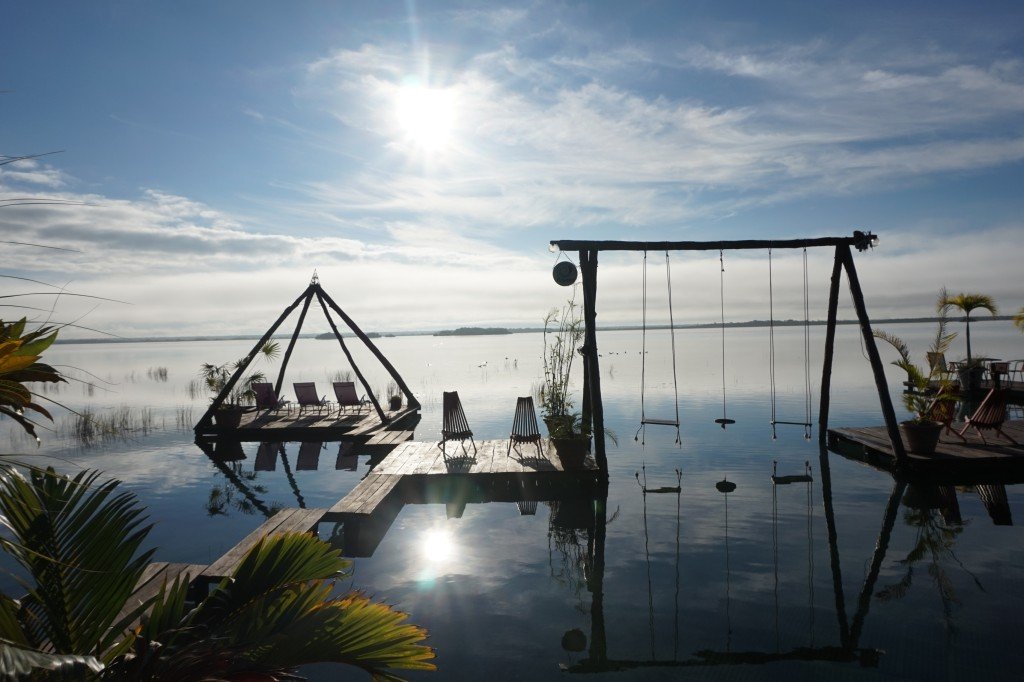 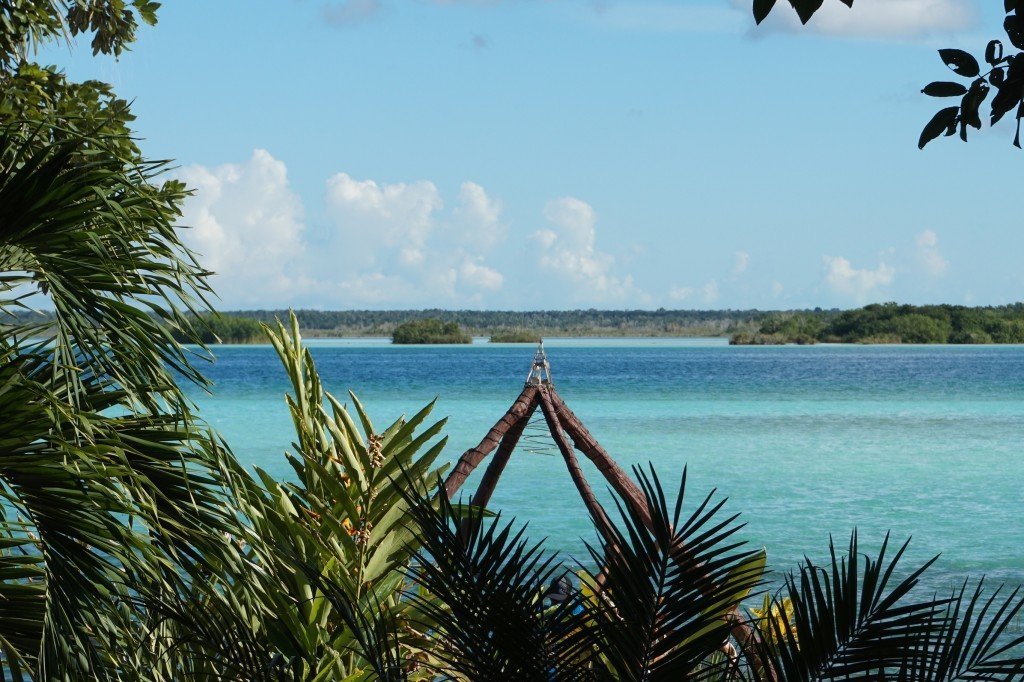 It is an absolutely fantastic site and I now understood why people consider this place to be magic. A great place to relax on the jetty and take a swim in the very calm and shallow water.

We decided to have a closer look at his beautiful lagoon and went on a boat tour the next day. It is offered by many tour guides that can also be found inside the resorts. The guide took us way out onto the lake and explained us a bit about its history and what exactly it is that makes it so nice and clear. I don’t want to give too much info in this moment as you gotta find it out for yourselves but it definitely has a touch of Pirates of the Caribbean 🙂

The boat took us up along a small side arm of the lake where we put on some life jackets. Specifically, this side arms provides a current that, once inside, makes you float all the way down the lagoon again. It was a very nice experience and you could just enjoy the nature by simply and, without effort, floating by it. 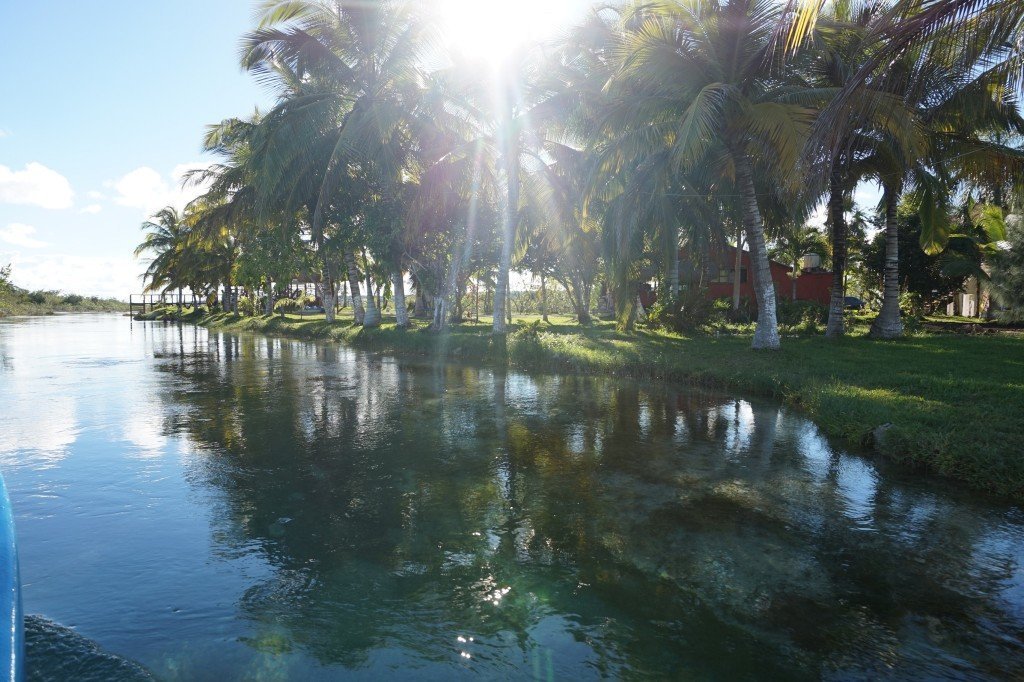 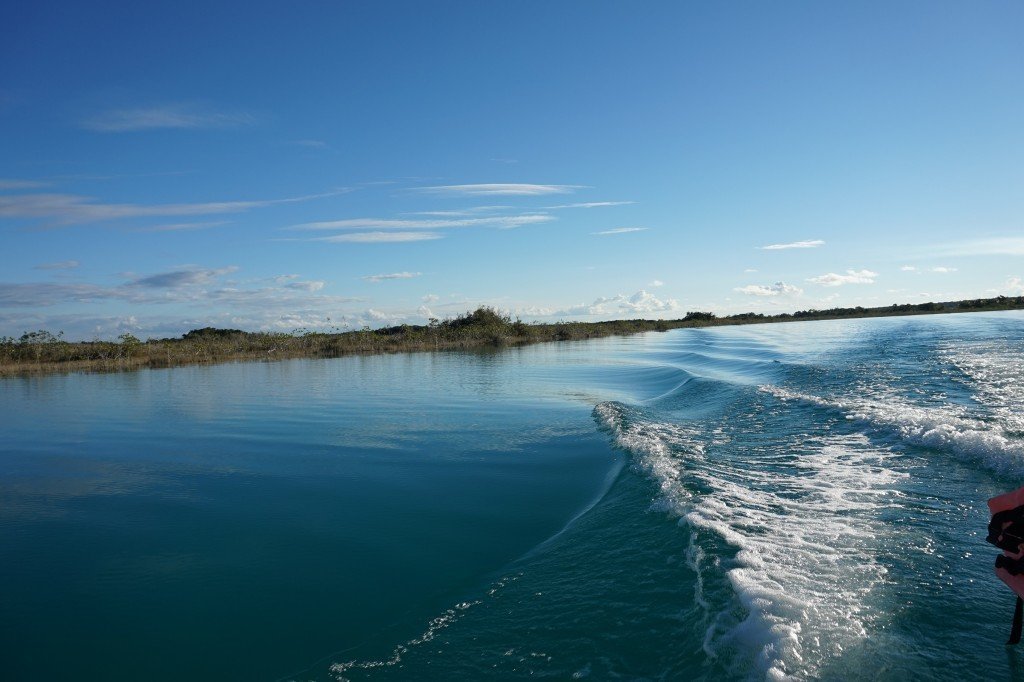 After finishing the “float” we proceeded to have a look at a Cenote – a pit hole resulting of a collapse of limestone. There are several Cenotes in and around the lagoon and we went to a larger one named Cenote Myras Ojo. It is roughly 50 meters deep in the center and is quite an impressive feeling when swimming over it. The guide offered some goggles and we had the chance to snorkel around the area a bit.

After a long day on the lagoon we ended the tour at a small restaurant named La Playita. It has some nice tables directly at the waterfront with a huge tree in its middle. It offers a wide range of various foods such as Tacos and Pizzas and provides its guests with a magnificent view to see the sunset over the lagoon. 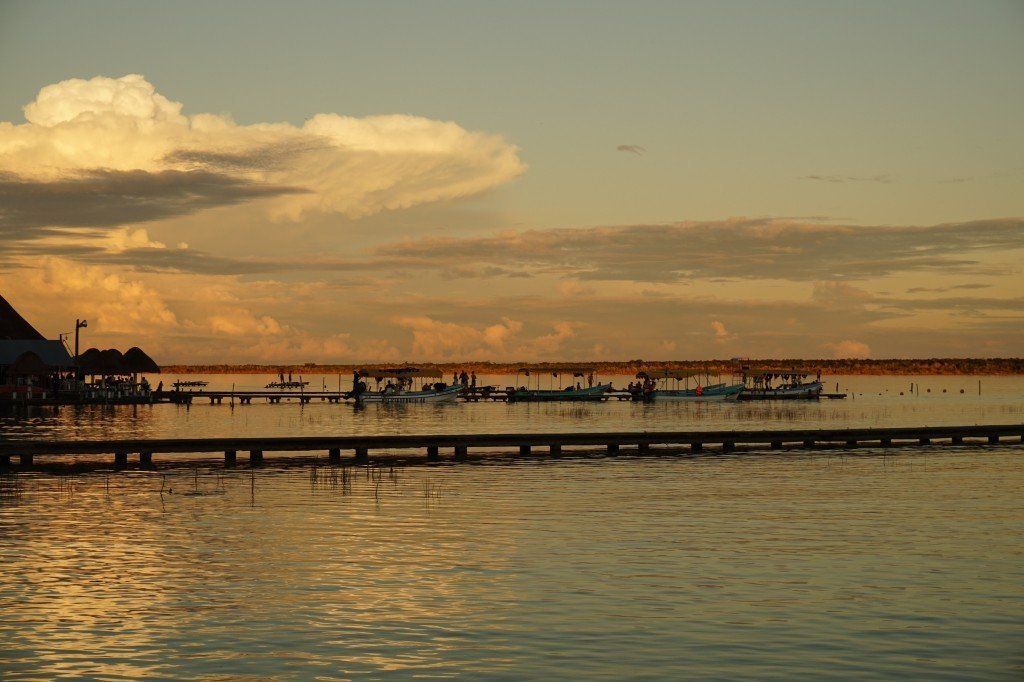 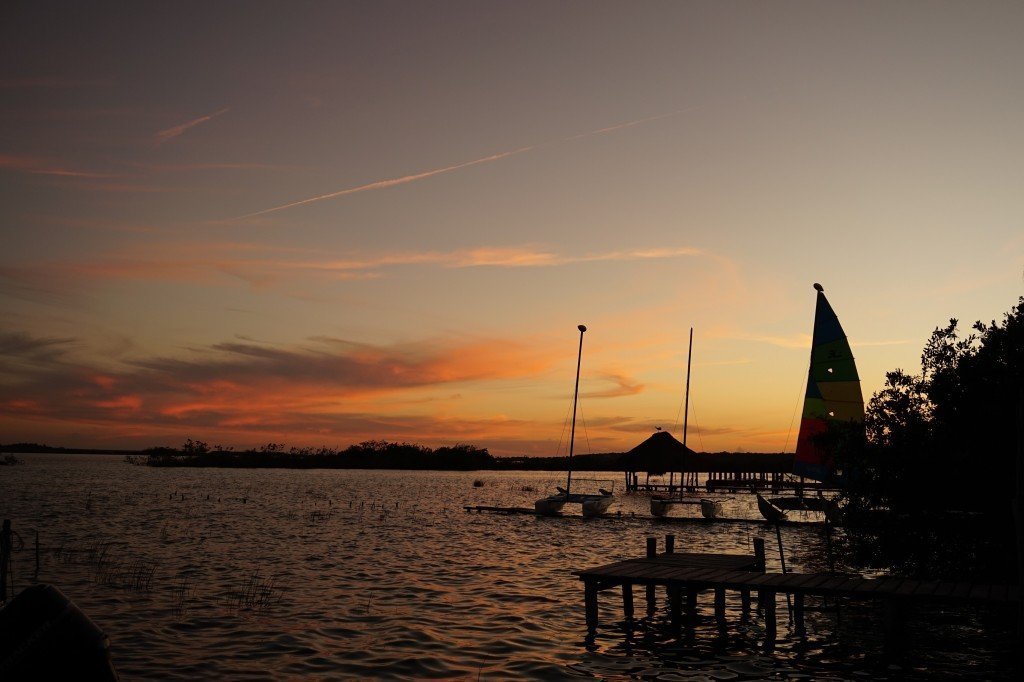 Lake Bacalar is a beautiful place to visit and is not been elected a so-called Pueblo Mágico, or magic town, without a reason. Especially coming from the more touristic sites up north such as Cancun or Playa del Carmen, it is definitely a very relaxed place to stay. Perhaps the best way to discover the magic of the lagoon is to take a boat tour and explore its beauty up close. I would highly recommend to visit this place anytime.