The bus took us along the steep Serpentines through the Atlas mountains in western Morocco. We headed off from our arrival city of Agadir to the port town of Essaouira, roughly 3 hours up north. I have heard of it as being a fairly popular location for windsurfers and kite-surfers from around the world and also for its chilled atmosphere and picturesque houses. This interesting combination made us curious to go and see for ourselves.

Due to its location directly at the Atlantic coast, the city of Essaouira has a strong history as being an important trading hub. The town was long seized by European colonizers, especially the Portuguese, which also shaped its structure till today as it was heavily fortified by large walls. The different European, Arabic and African influences gave Essaouira its very own charm and beauty. 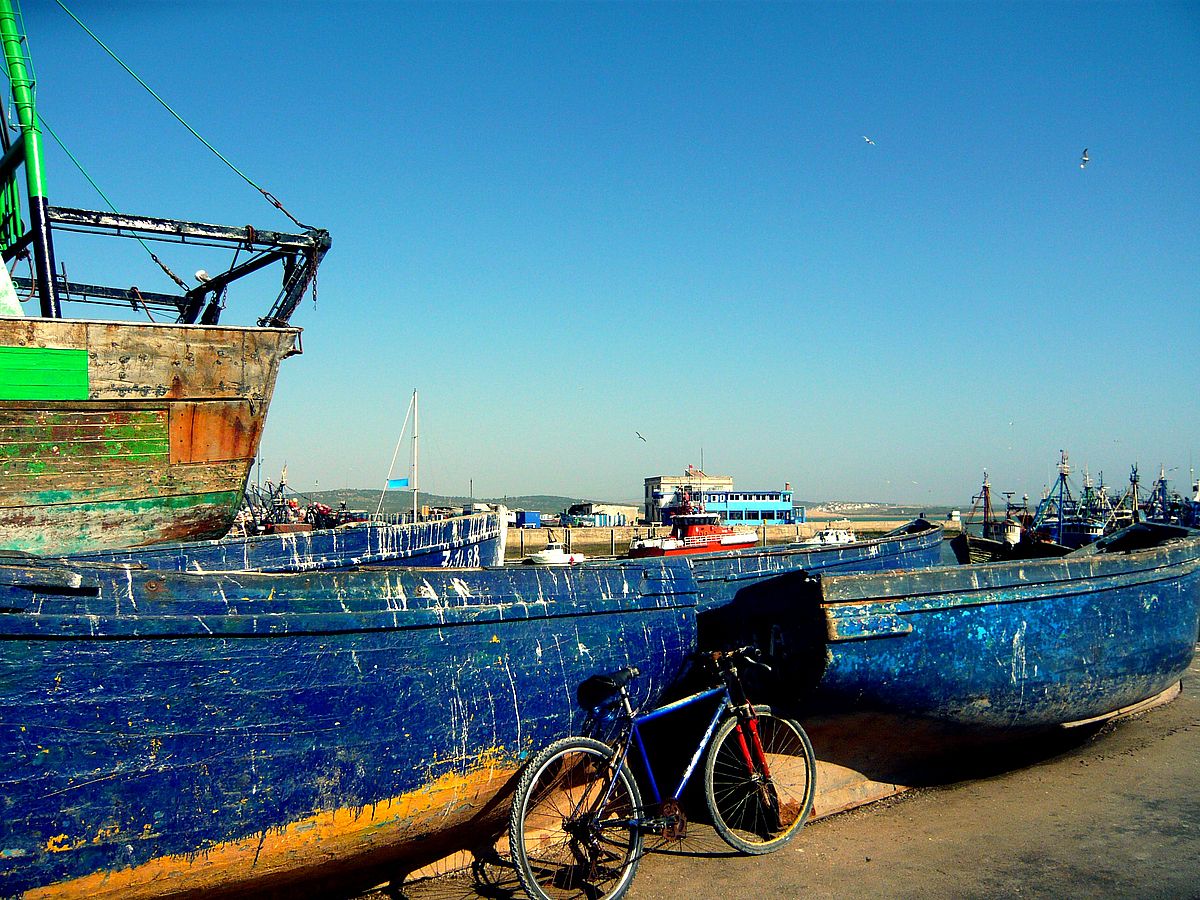 Walking through the streets and along the harbor, the city displayed a vast array of motives for pictures. The contrast of the mostly white buildings with the deep blue sky was very beautiful. 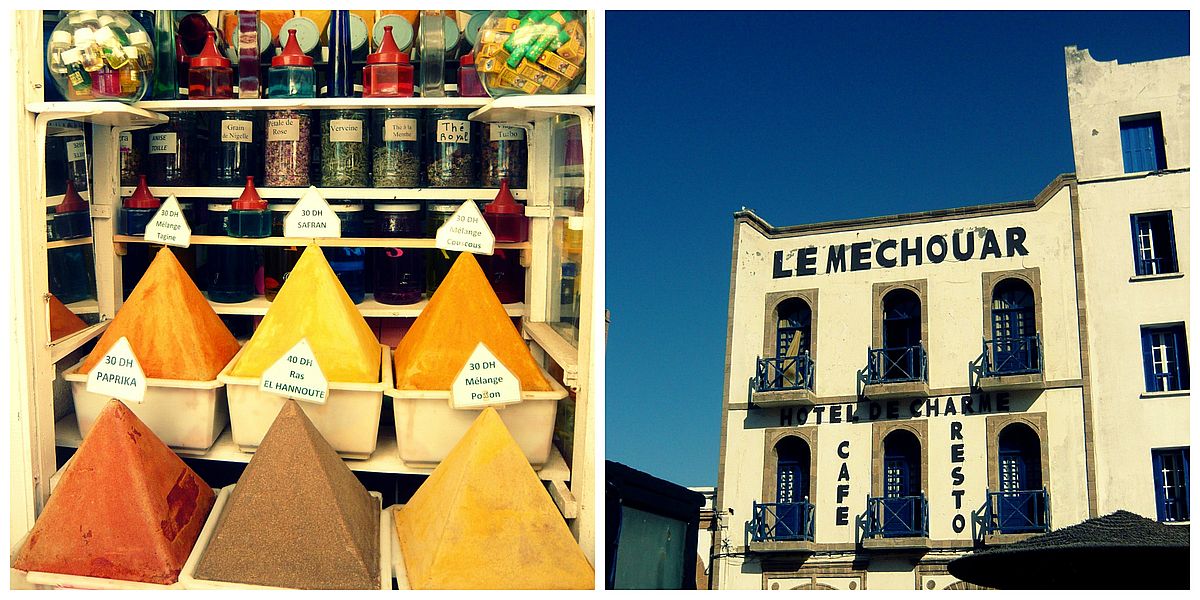 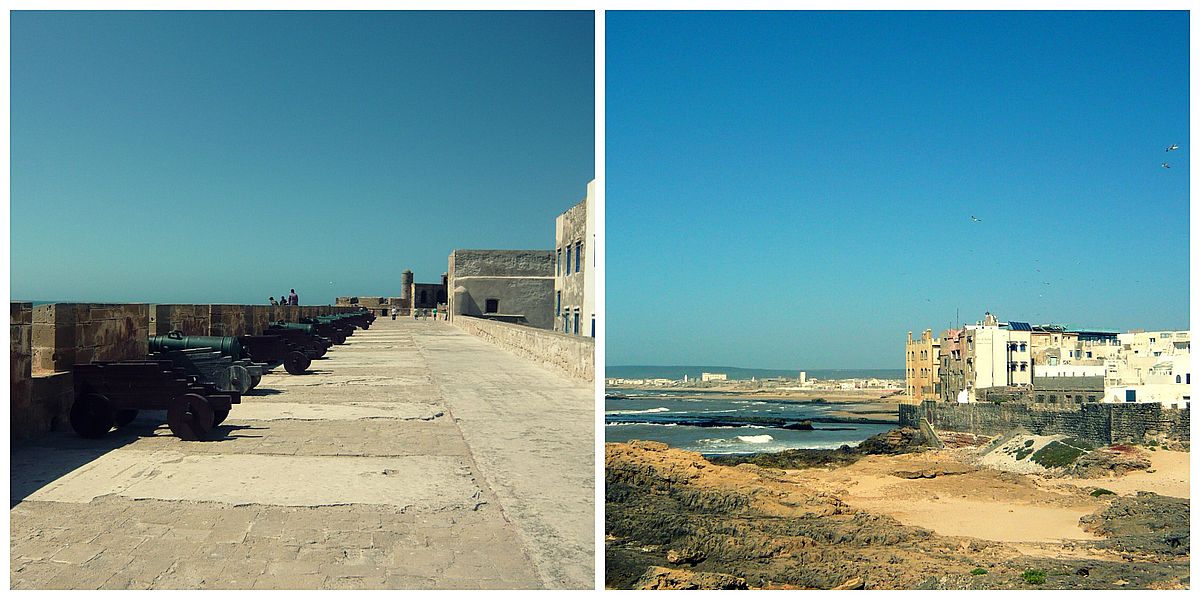 We did not plan any tour before we came and just randomly checked in the next hotel we could find. After doing so we walked through the narrow streets of the town, past the busy merchants and stores located in the Medina. The Medina is a distinct part of town found in many cities across north Africa and is home to small arts and craft businesses selling their products in a maze of tiny streets. 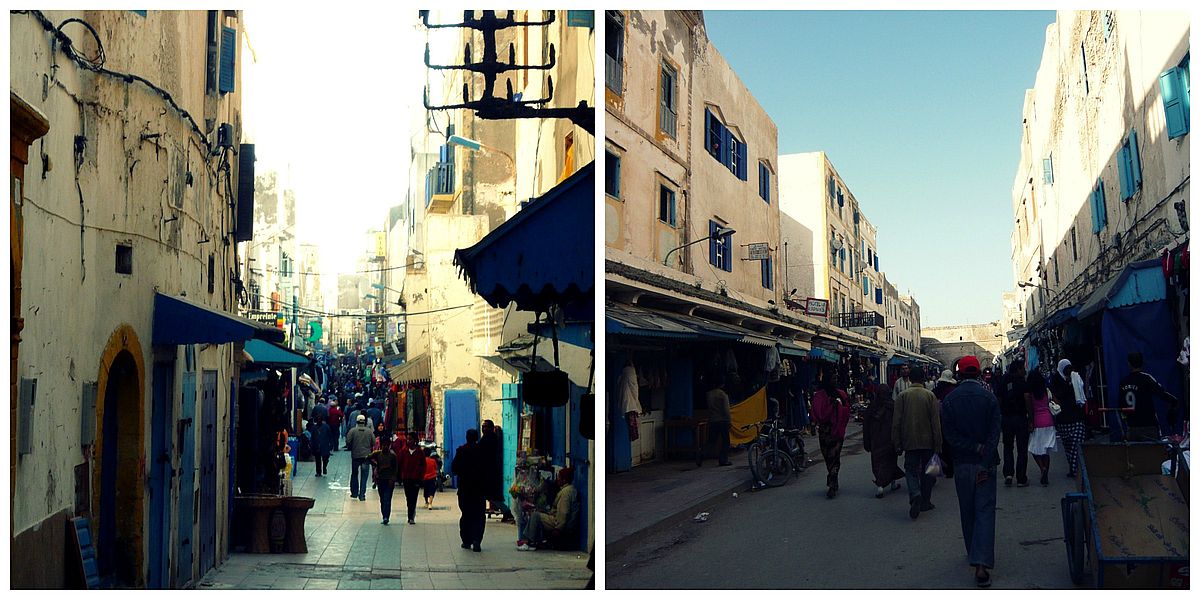 It is definitely worth to slender around the Medina and do a bit of shopping. Compared to some other parts of the country, you actually don’t feel pressured by the shop owners to buy something. Especially jewelry and pottery can be found in many places throughout Essaouira. 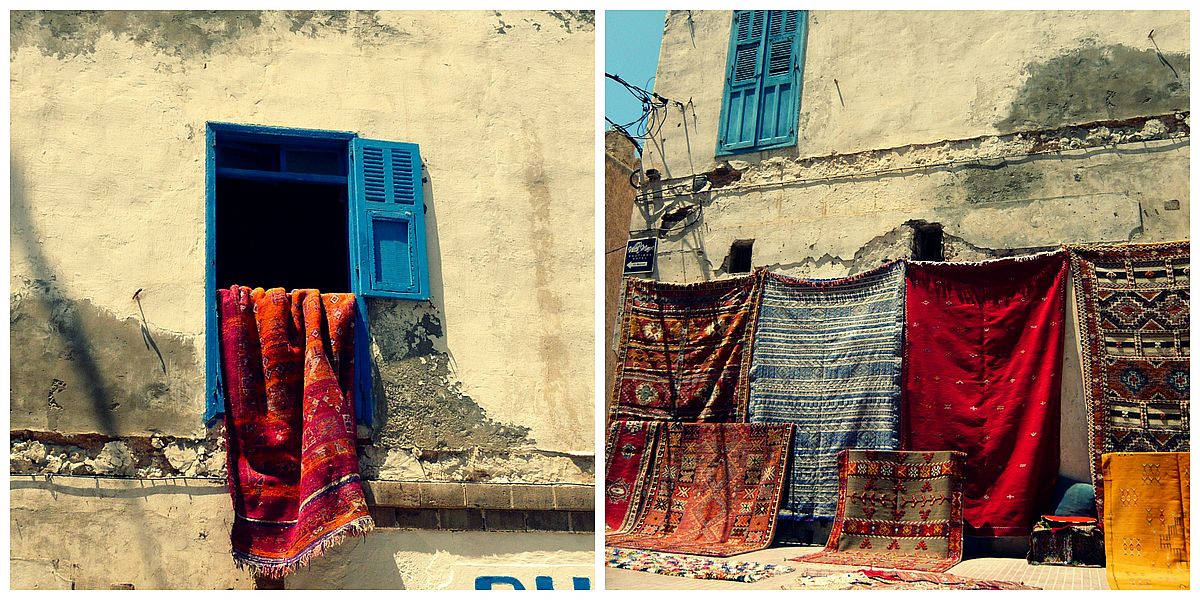 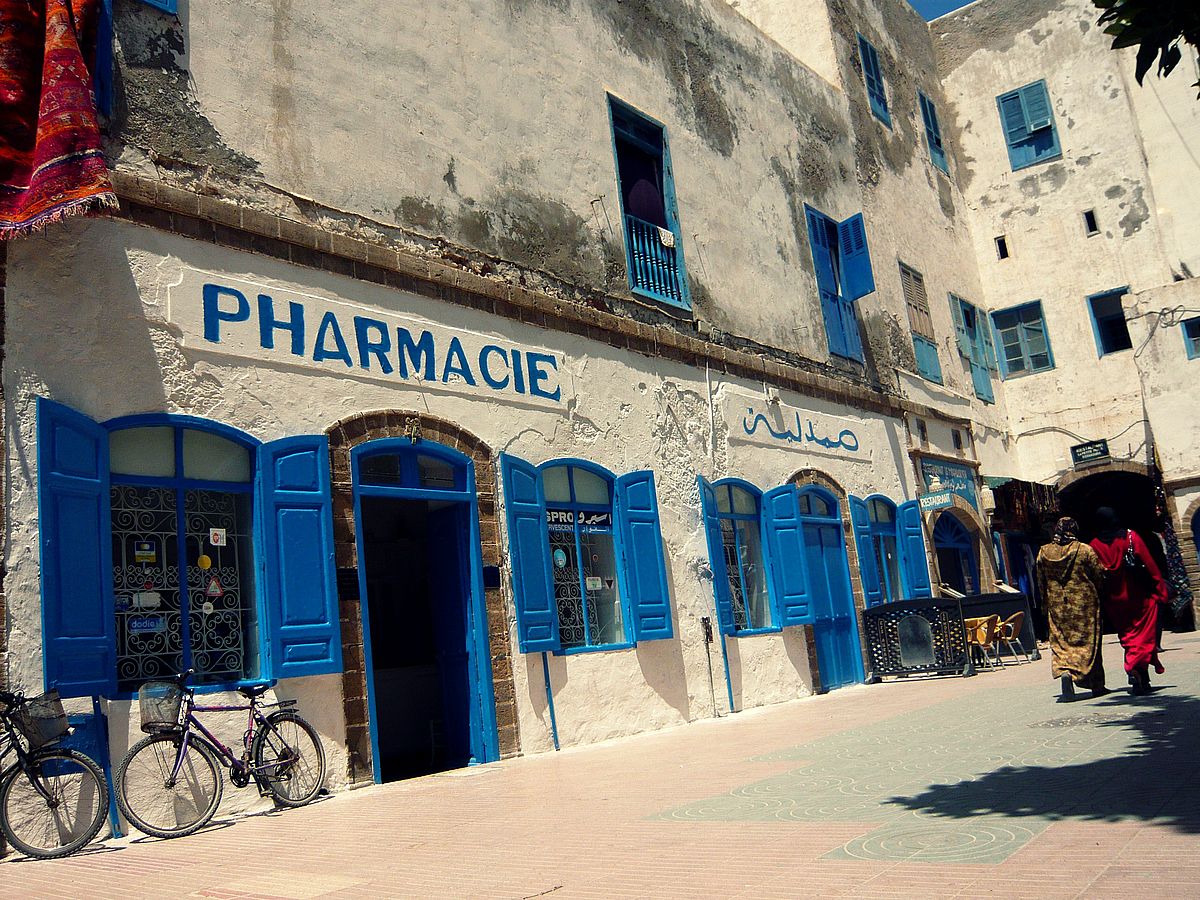 The different colors, the smells and sound of the ocean and the special atmosphere make it worth a trip. Settle down in one of the many small restaurants along the ocean front and enjoy the sound of breaking waves and see the stunning sunsets. A must-go trip when visiting Morocco. 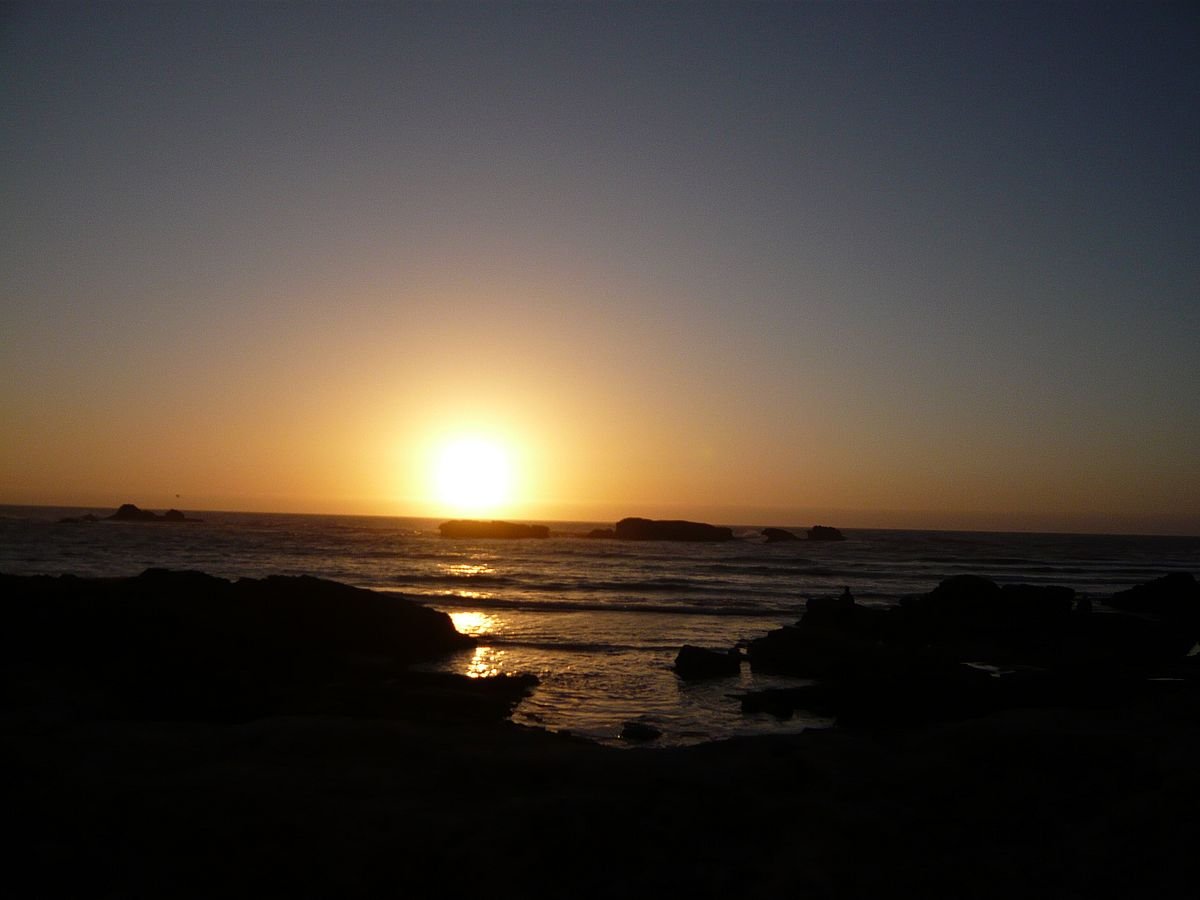