While thinking of the next trips we are planning to take in 2017 we came across a truly magical destination – Bhutan! Our idea is to travel around India and make our way up to this idyllic and enchanting kingdom. While doing some research here we came across a fellow travelers website of Enchanting Travels – they offer customized travel experiences to Bhutan and many other destinations. To get us inspired and ready for the trip we put together a little teaser of things to look forward to when traveling to this amazing country.

Prepare for friendly welcomes, delicious cuisine and a gorgeous landscape on your trip to Bhutan.

In the 1980s, the former royal leader of Bhutan introduced the concept of Gross National Happiness as an indicator of progress. Bhutanese kings have always honored the tradition of Kidu, which is considered a sacred duty to care for his people. The current leader, King Jigme Khesar Namgyel Wangchuck, also known as the Dragon King, is considered one of the most powerful and humble world leaders, and was captured cutting vegetables at a community school earlier this year. 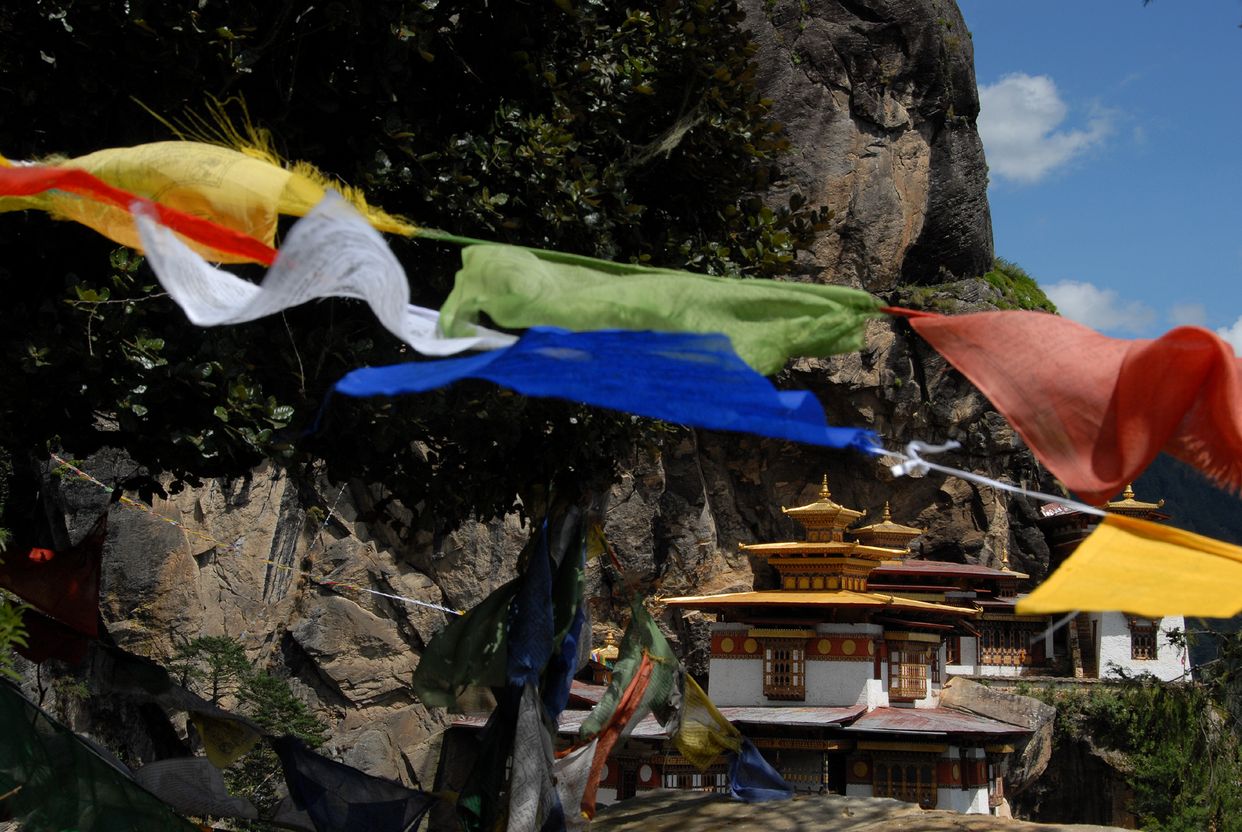 Deep in the Himalayas, wedged between the future superpowers of China and India, lies the mountain kingdom of Bhutan. With just over 700,000 citizens, this mysterious and magical nation is a beautiful blend of traditional Buddhist culture and the modern world.

With some of the best and most varied trekking routes in the world, there are also ample possibilities for hiking during your trip to Bhutan.

“The grass is always greener where you water it.” – Unknown

At each turn, Bhutan offers many surprises. Whether it is the fresh air or its Buddhist traditions that provides the Bhutanese with their ample joie de vivre, one thing’s for sure, you’ll find it hard not to return the many smiles you receive.

When going to Bhutan these are the places that you should definitely consider visiting:

Bhutan’s capital city is home to the royal family who brought the global spotlight on happiness as a sign of authentic prosperity. Enjoy Thimphu’s charming collection of jewels including numerous historical buildings, museums and monasteries during your trip to Bhutan.

Two distinctive aspects have helped spread Thimphu’s popularity beyond its border. First, there are no traffic lights anywhere, yet road safety remains. Second, the Thimphu Tshechu Festival, which draws in thousands of visitors each year and is held on the 10th day of the 8th month of the lunar calendar (around September). The colorful Tshechu Festival is a beautiful representation of local culture and traditions. 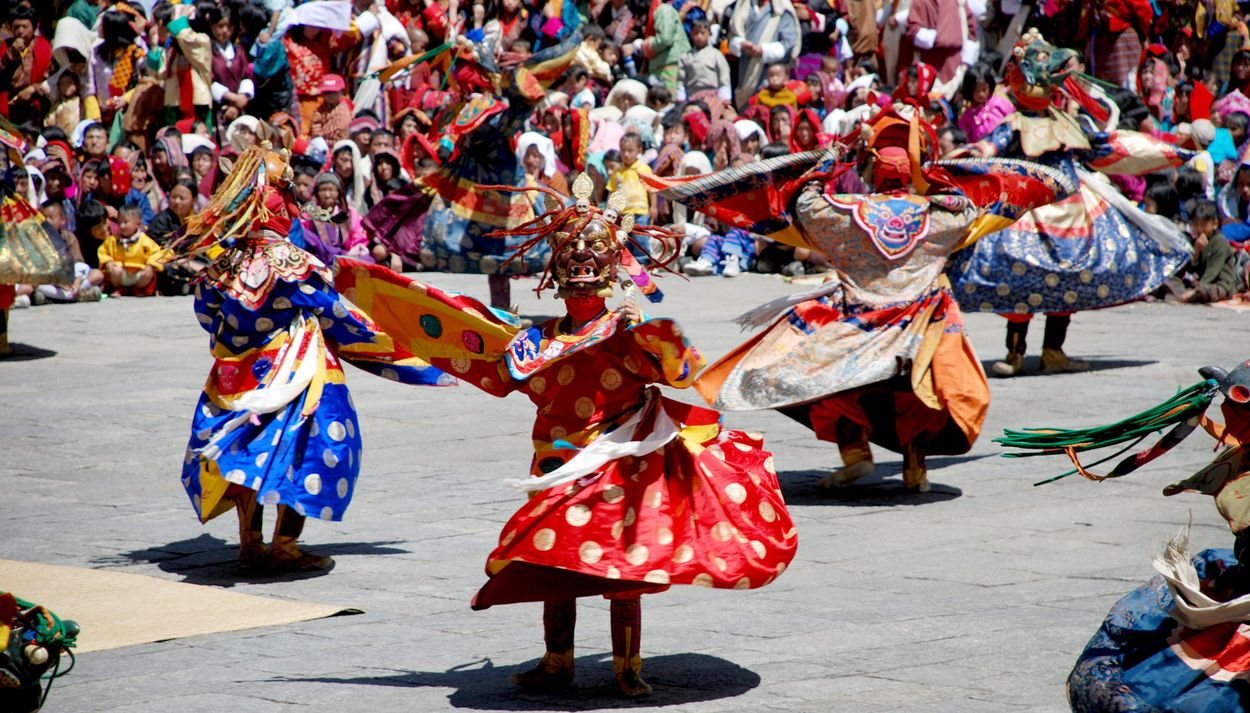 Buddhism is an integral part of everyday life in Bhutan, with monasteries spread across the country. One of its most beautiful is a 17th-century monastery in Gangtey, set atop a small hill in the valley.

Almost all of Bhutan’s monasteries and convents are set amidst the stunning landscape of the majestic Himalayas.

Some of Bhutan’s walking trails can be exhausting but are certainly worth the effort! They lead you to high mountains surrounding the region and offer excellent opportunities of spotting yaks. 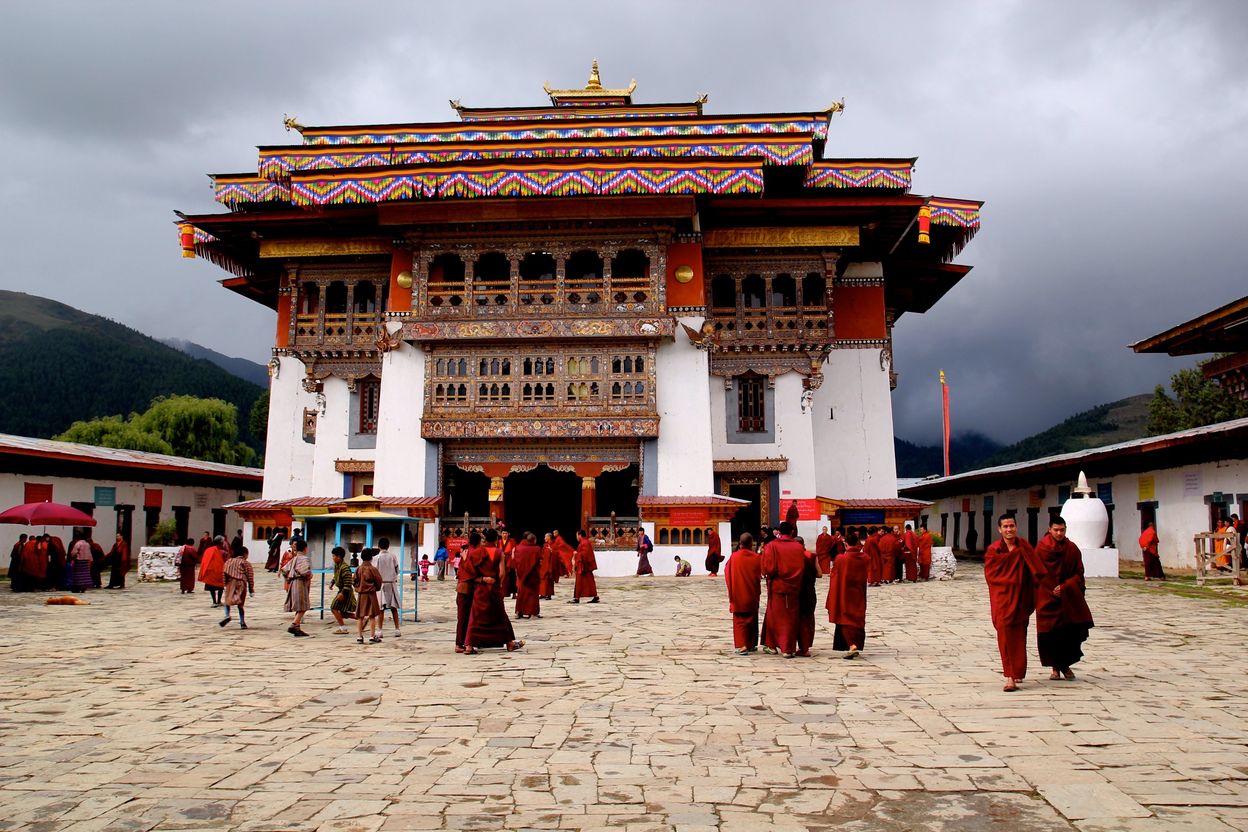 Bumthang is one of the holiest towns in this mountain kingdom. Located in Central Bhutan, it consists of four small yet picturesque valleys, each with a personal repertoire of history and legend. The Bhutanese believe that it was from Bumthang that the first tendrils of Buddhism spread to the rest of the country centuries ago, led by the efforts of Guru Rinpoche. Buddhist beliefs are far more evident in this region than elsewhere in Bhutan. Many Bhutanese pilgrims travel to this sacred area to witness religious ceremonies and celebrations.

Bhutanese Buddhism finds its origin in Bumthang. Even today, pilgrims come to this mystical town to light candles made of butter.

Punakha offers gorgeous views of the Himalayas. The village is famous for the Punakha Dzong – an outstanding illustration of monastic architecture in Bhutan. Built in 1637, this monastery in Punakha sits on the confluence of two rivers and exudes an intense aura of peace and harmony. At Punakha, you can meet a local monk for an introduction to the traditional ways of Buddhism.

Punakha Dzong is an outstanding jewel in the crown of Bhutan’s monastic architecture. 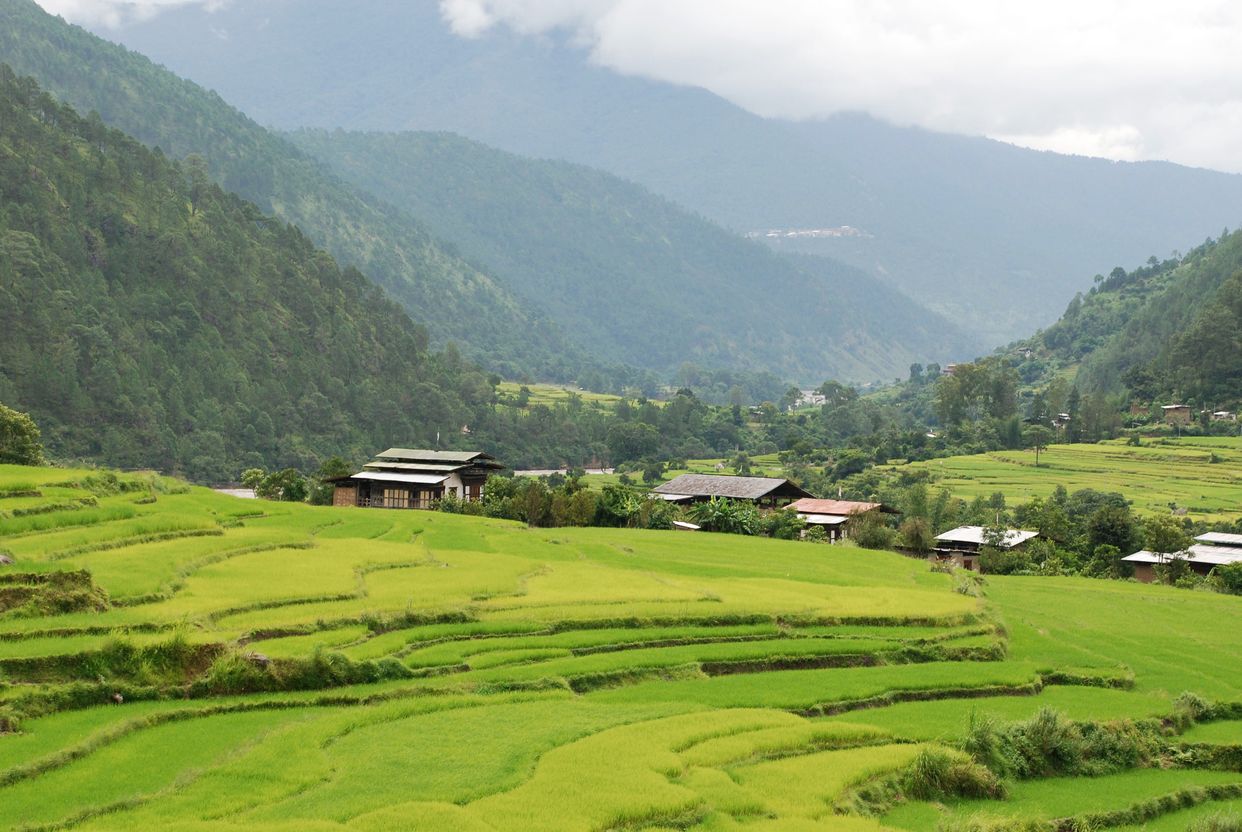 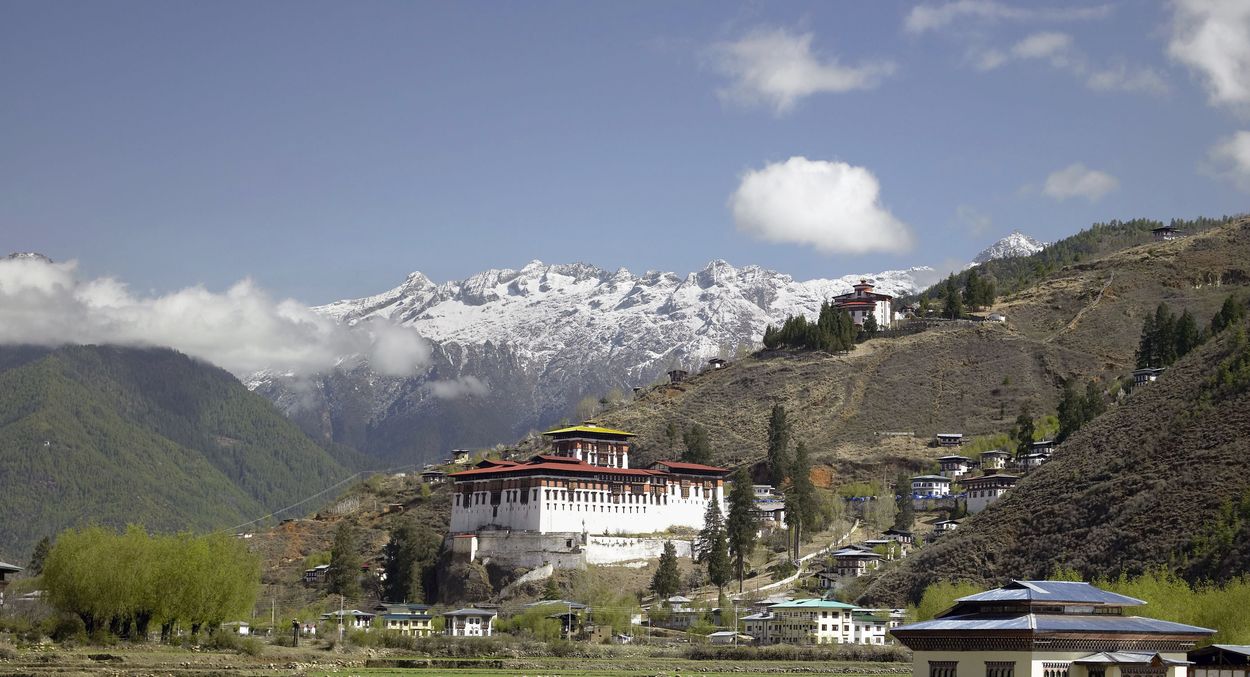 What to expect in Bhutan:

4 thoughts on “Bhutan – Discovering the Kingdom of Happiness”