From the early 1970s on Berlin has been home to street art in various forms such as graffiti, paintings, sculptures, posters and many other forms of street installations. After the fall of the Wall the city has become a haven for local and international street artists and has developed to become one of Europe’s most diverse and significant street art capitals. Art in all its shapes and forms can be found in many parts throughout the city. Some pieces are displayed very prominently while others lie hidden in smaller side streets. The fascinating thing about street art is that is evolves and changes with time. Some pieces are like landmarks that have been there for many years while others disappear over night. Many artworks also reflect a current movement or opinion and act as a mirror of society, serving as a form of “social expressionism”.

We have been living in Berlin for quite some years now and have never really spent much time on admiring these forms of street arts. So we decided to take a nice bike ride around the most “street-arty” areas of town (namely Prenzlauer Berg, Mitte, Kreuzberg and Friedrichshain) and found some great works on the way.

We started in Prenzlauer Berg and Mitte from which the following artworks are found. (on Schönhauser Allee, close to U-Bahn station Senefelderplatz & under der SBahn rails close to Alexanderplatz). 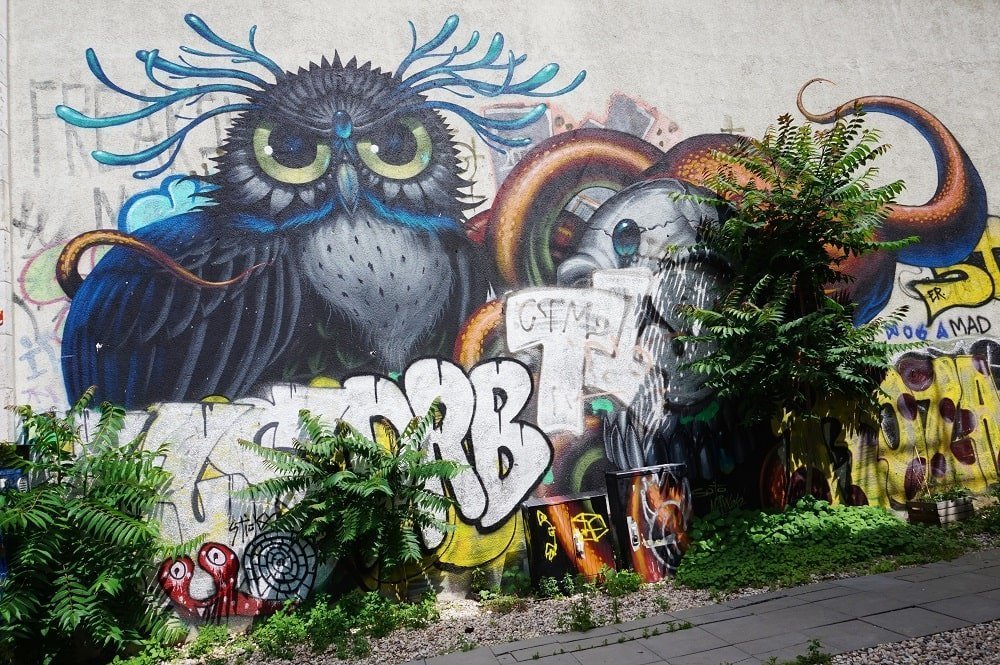 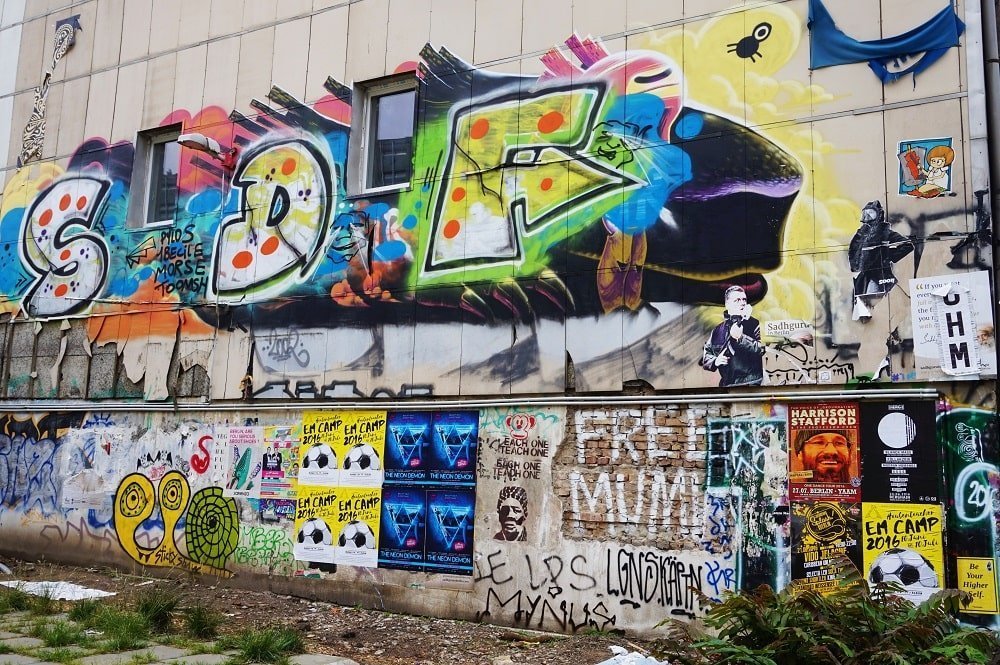 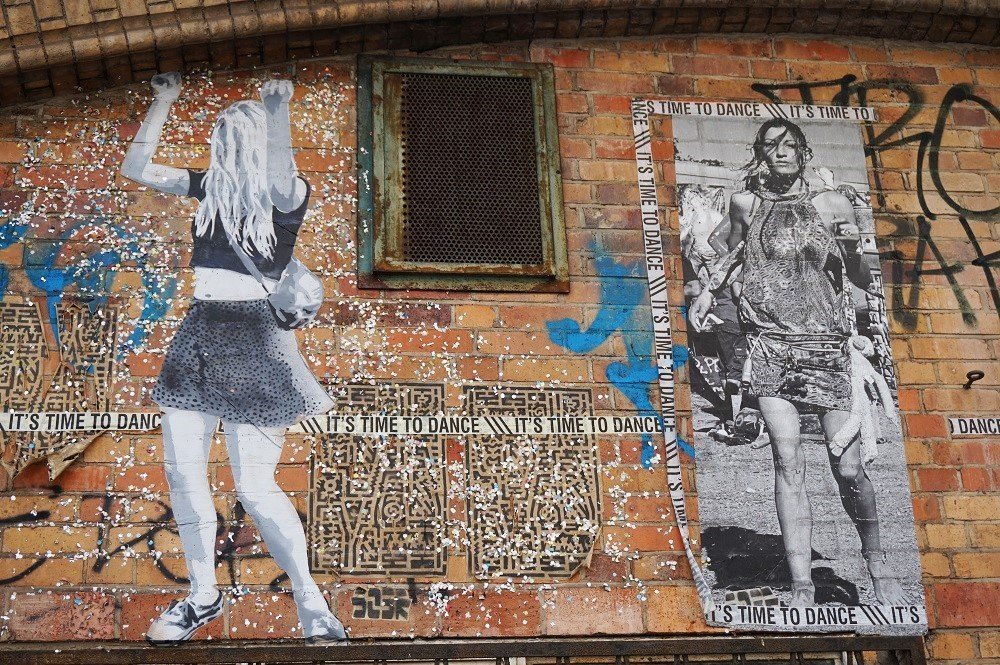 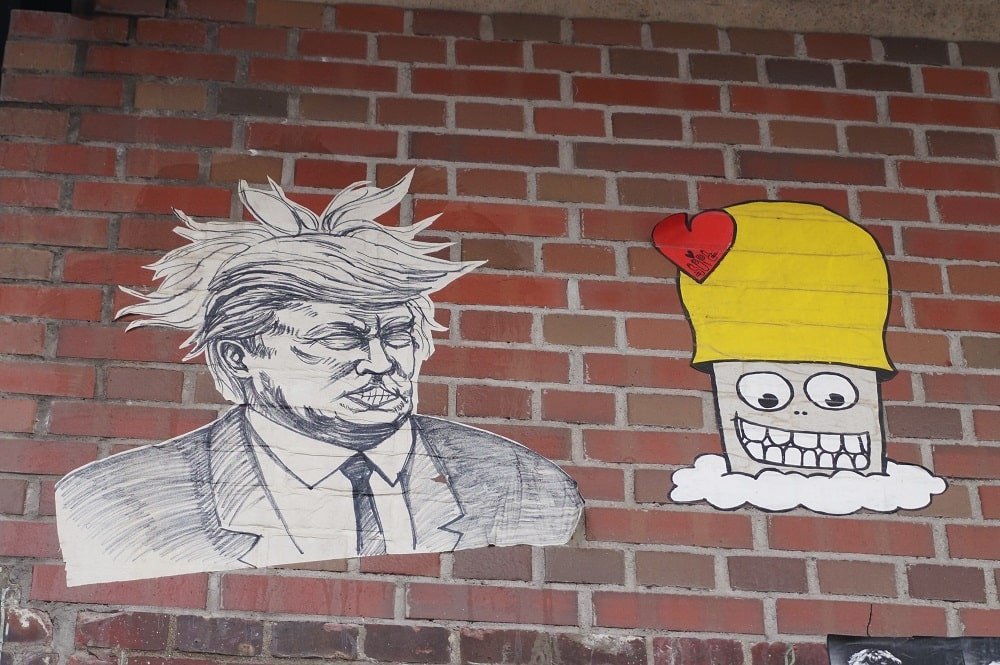 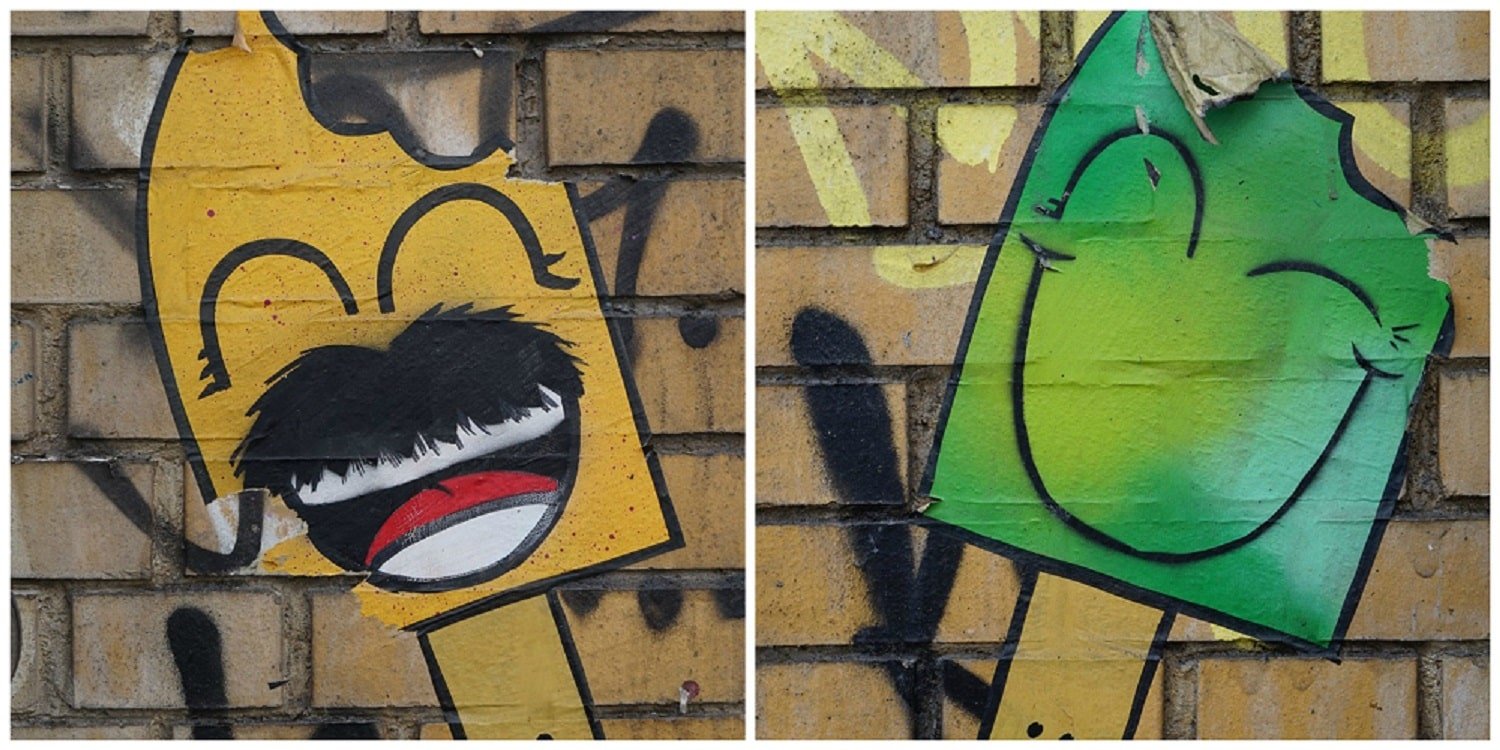 Particularly under the railway track arches passing through the center of the city you will find a lot of different street art.

Following the streets down towards Kreuzberg and across the river (Köpenicker Straße X Brückenstraße) you will find a famous piece of photo-realistic graffiti displaying two hands layered over each other. Continuing even further down Köpenicker Straße you will eventually find a real hot spot of Berlin street art. This can be considered as a true secret tip as there are not only various graffitis here but also left-overs of the Berlin Wall. These are also painted and are scattered throughout the area. We are not sure how long this place will remain so make sure to have a look before it disappears! (on Köpenicker Straße, left side, to the back, close to #53) UPDATE: not sure if these still exists as a new building has been built right here! 🙁 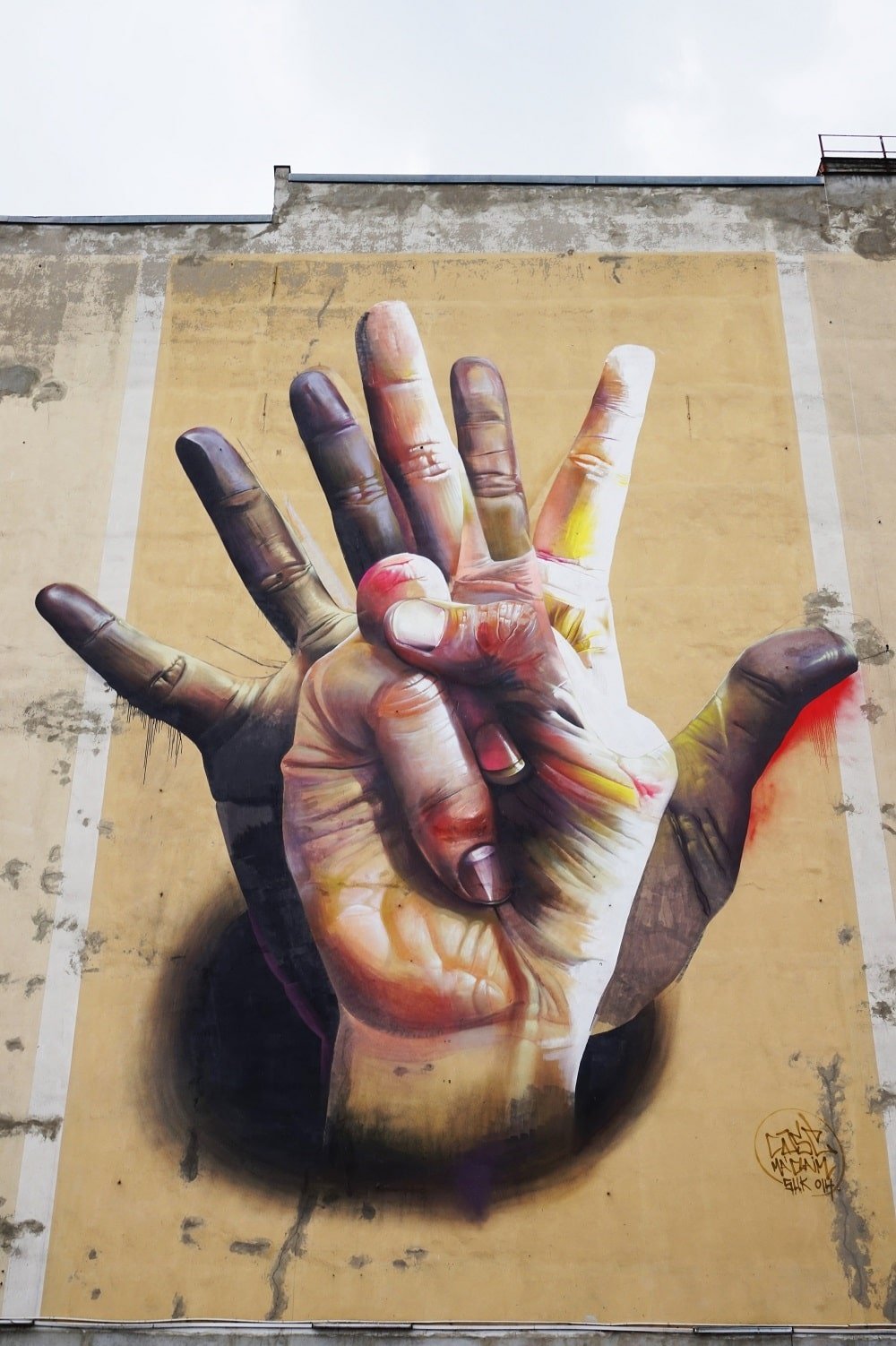 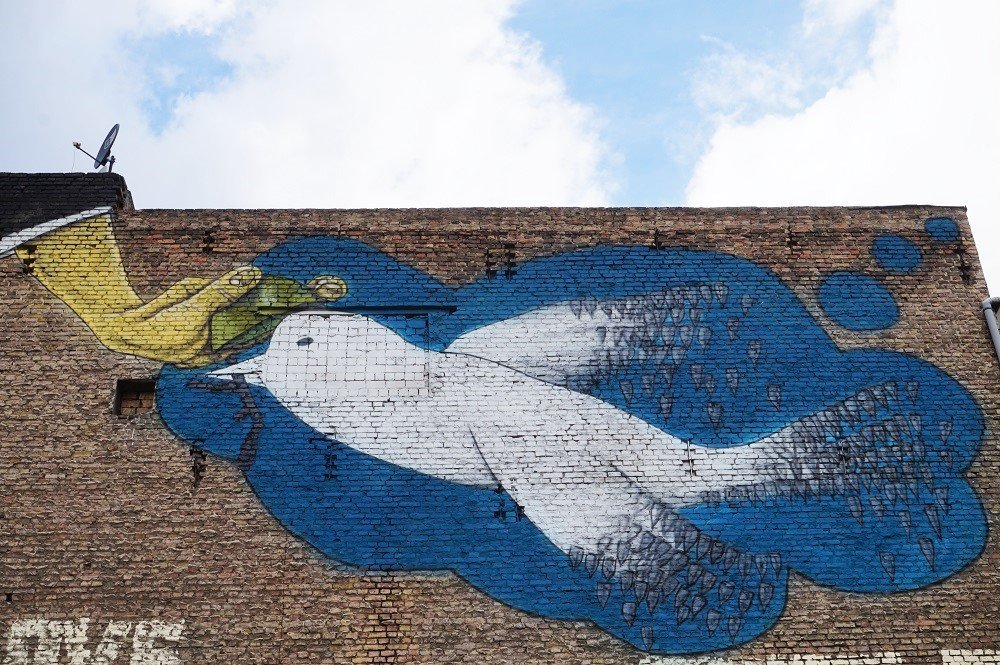 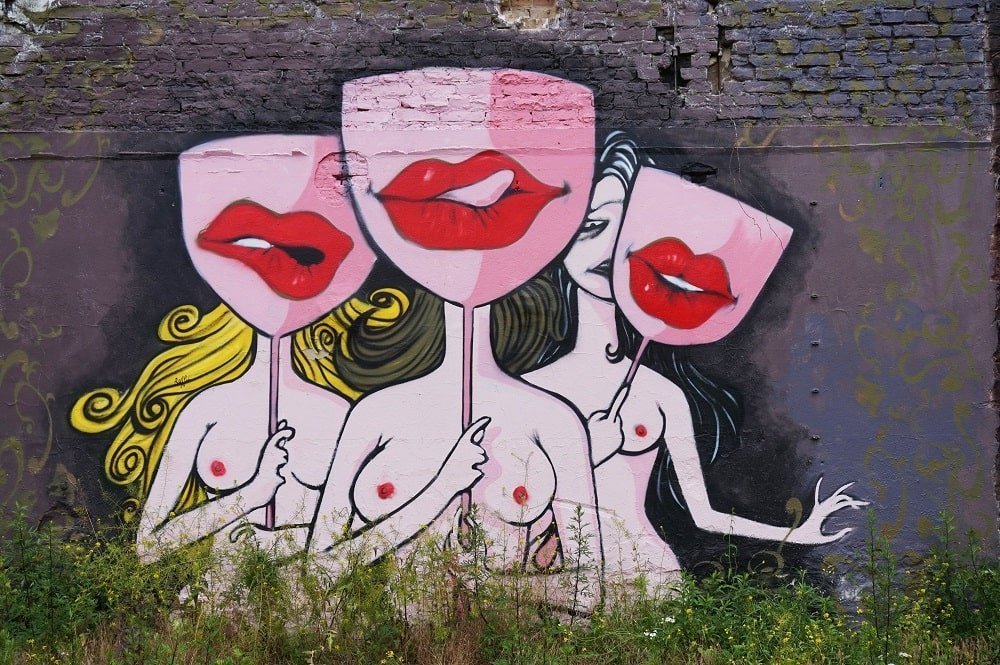 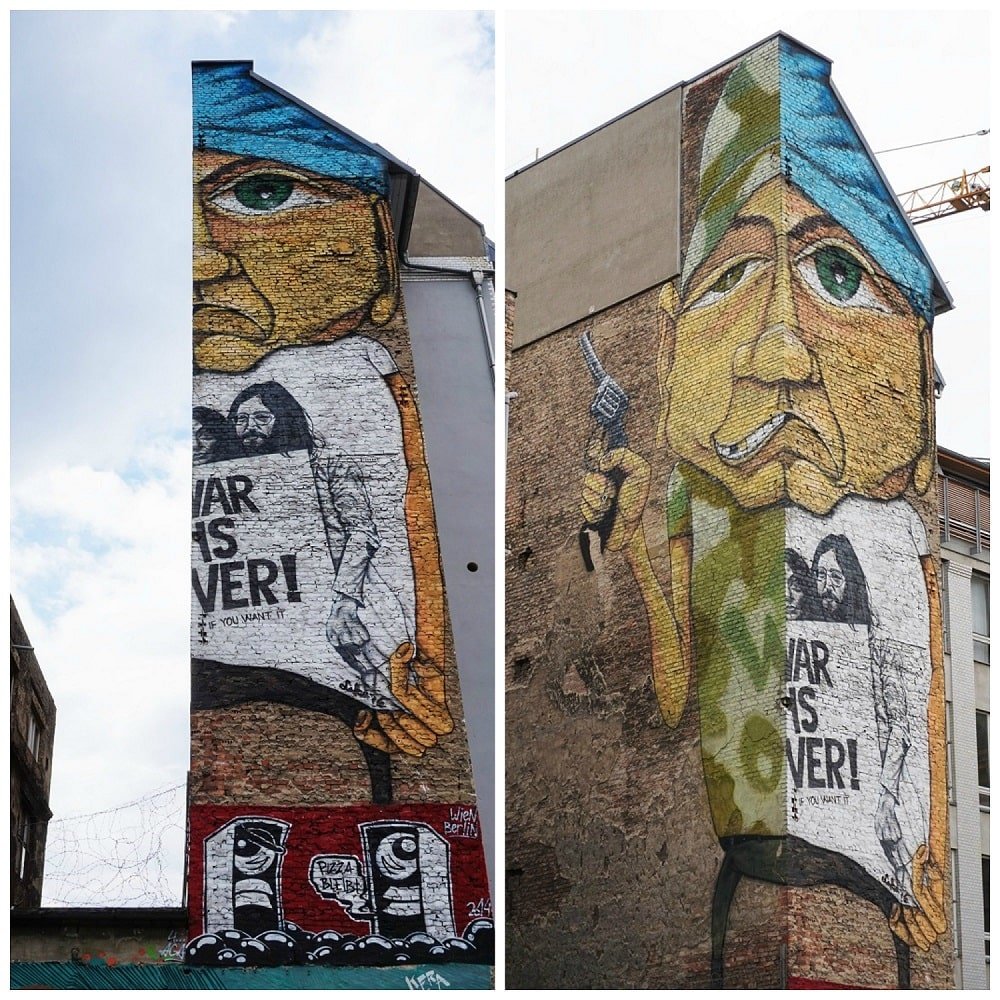 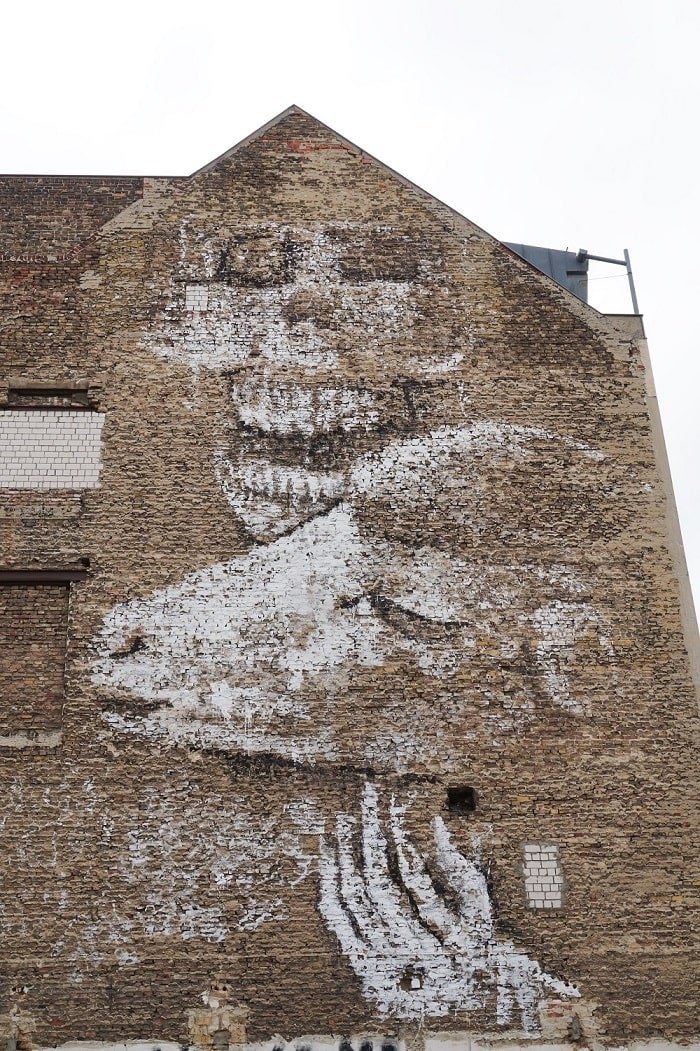 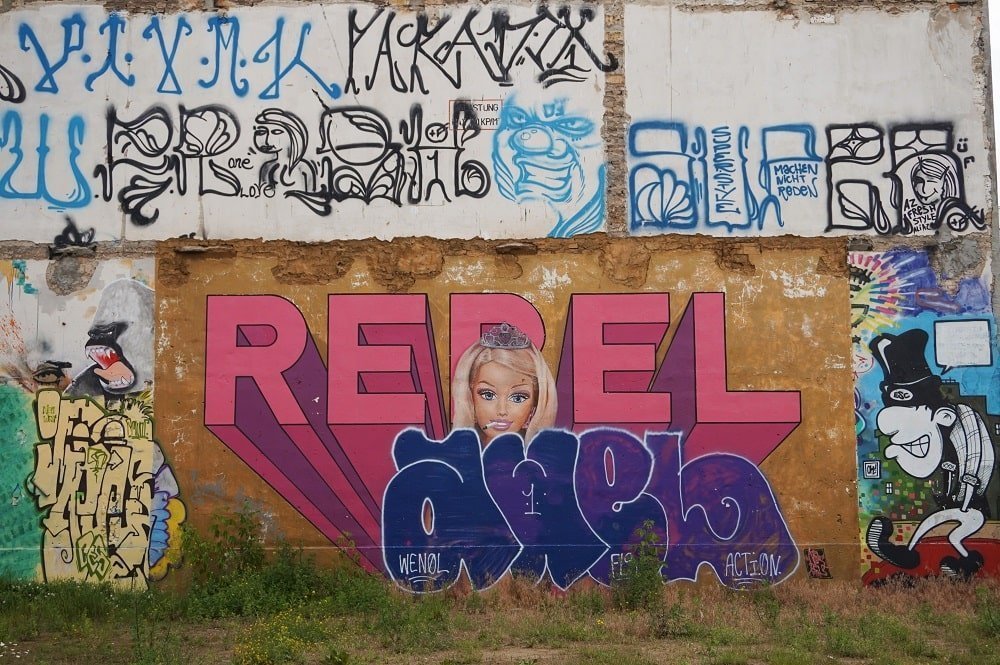 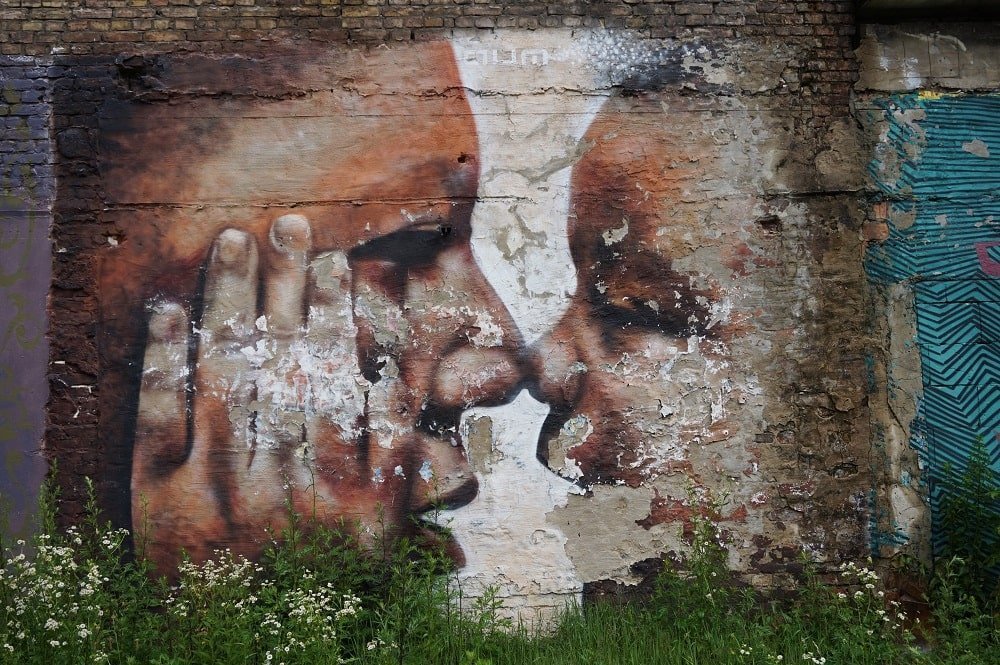 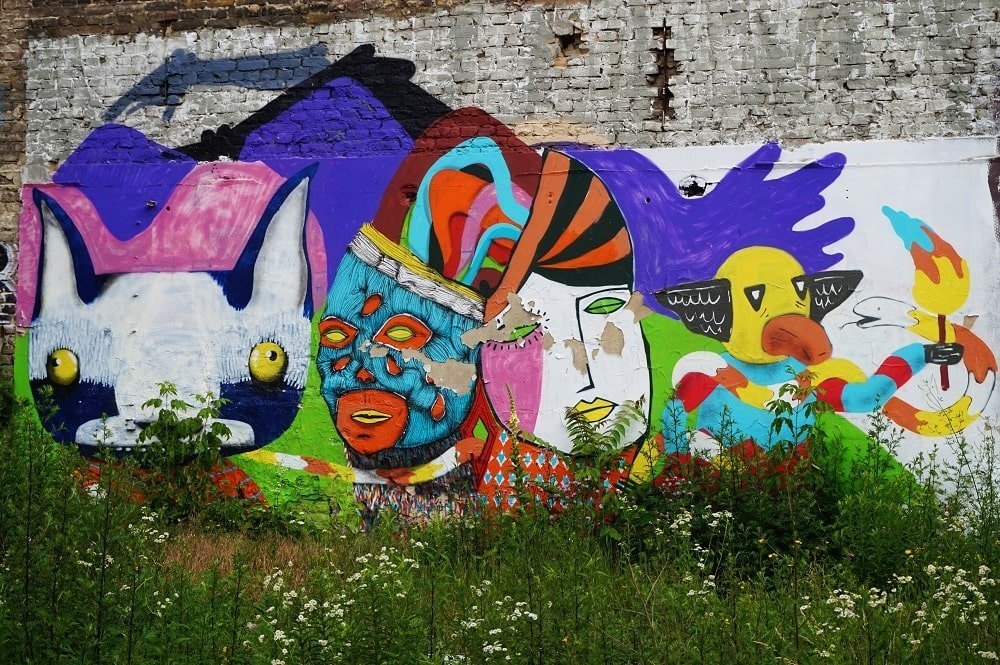 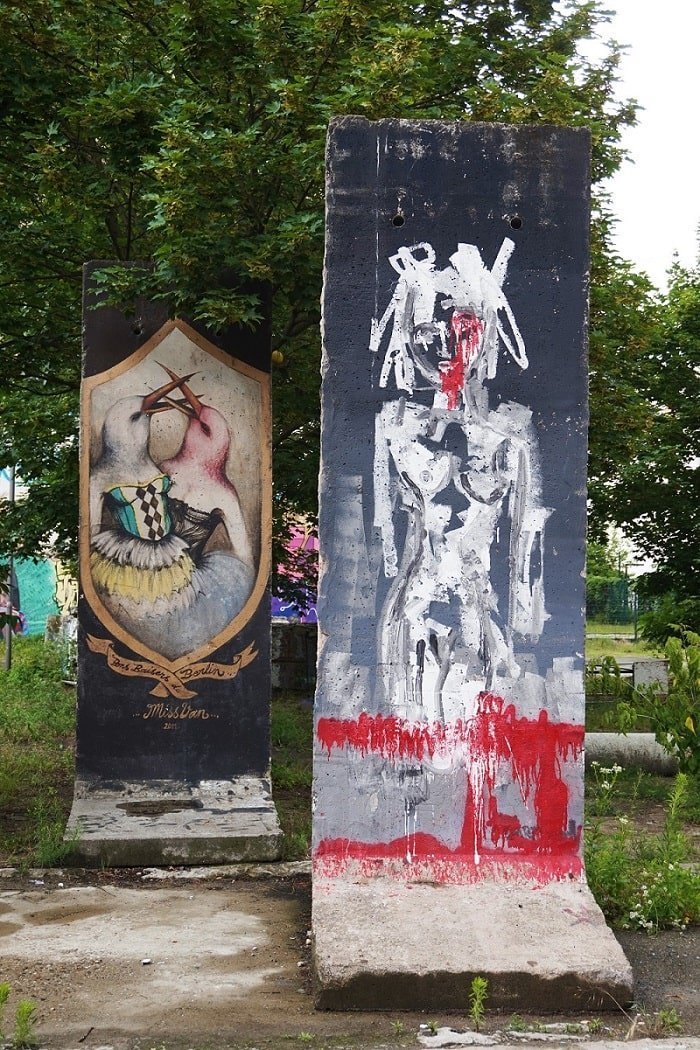 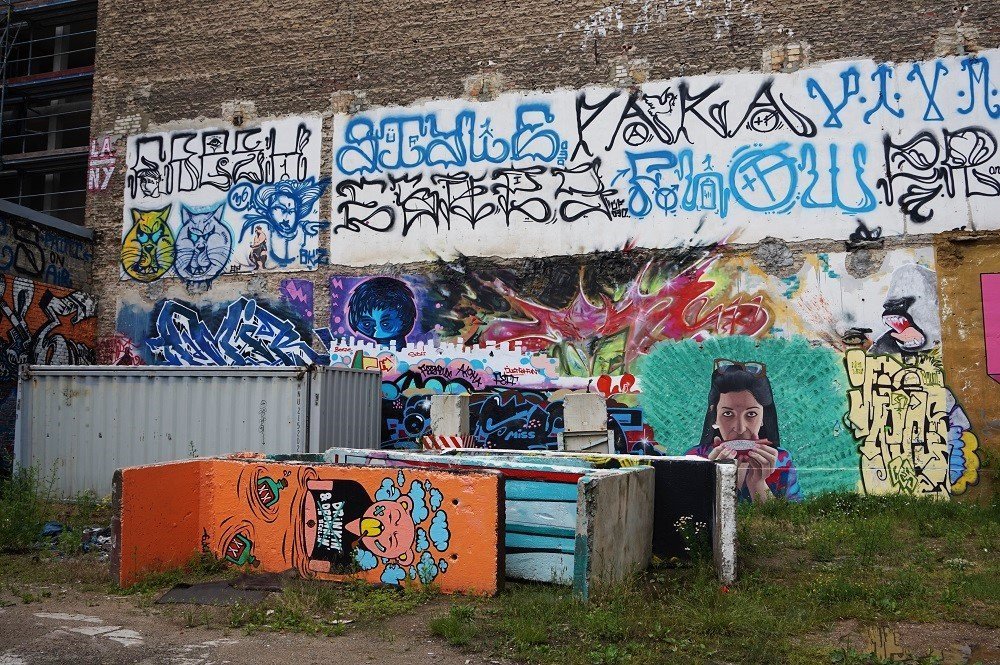 Across the river you can then find some more hidden graffiti within the compounds of YAAM, a local club and event area located directly at the banks of the Spree. Many urban street artists have placed their works here, displayed them within the proximity of the club as well as on neighboring walls. Here you can also find a series of “Go Forth”, a creative platform where artists basically paint a wall all in white and then scratch of the color to project an image. Quite an interesting technique which can actually be found in several spots around town. 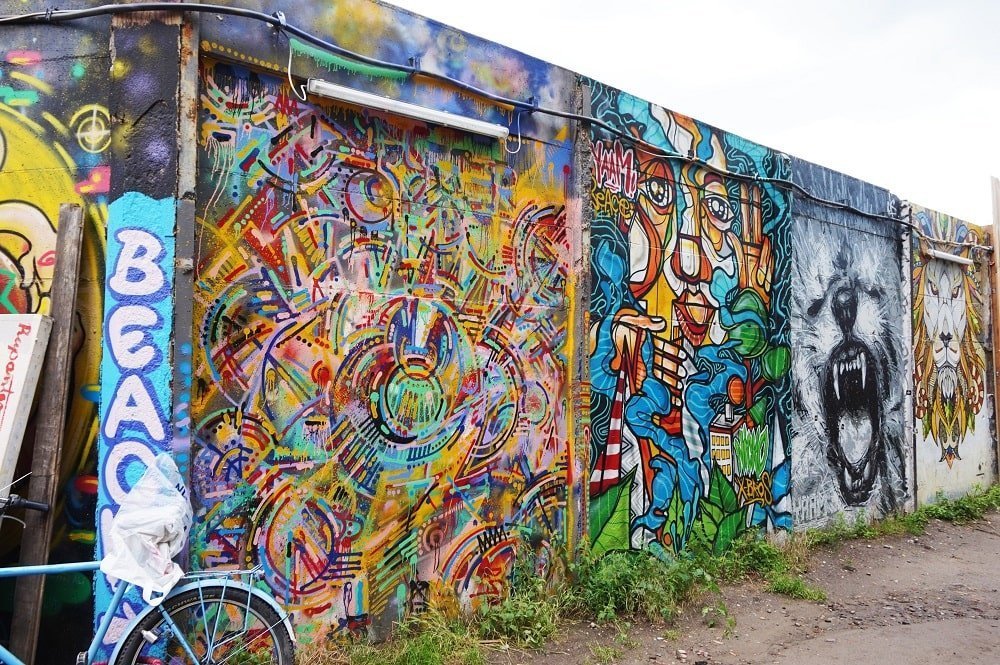 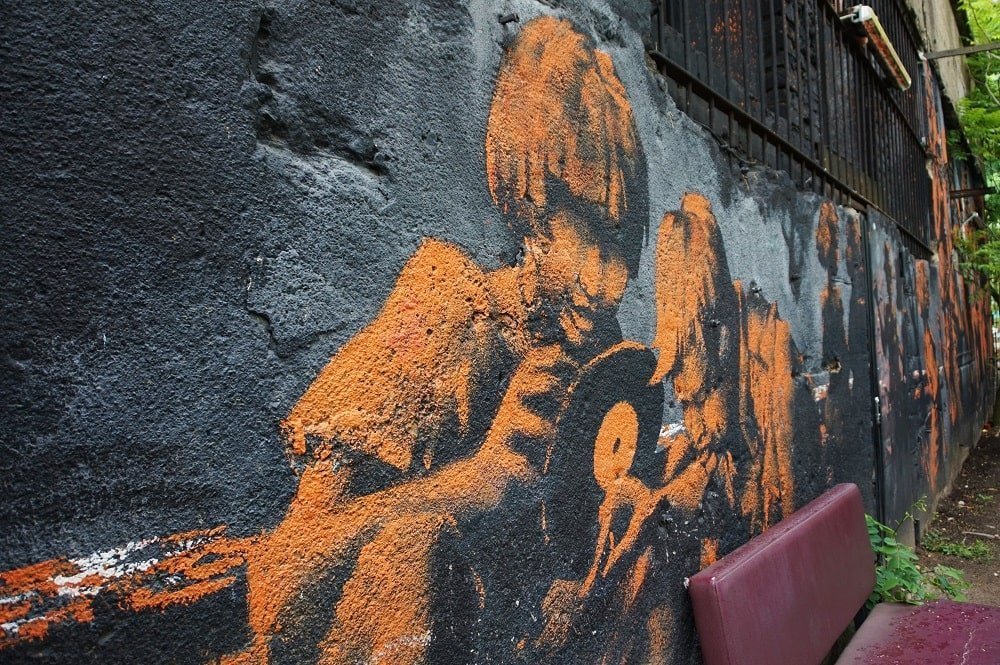 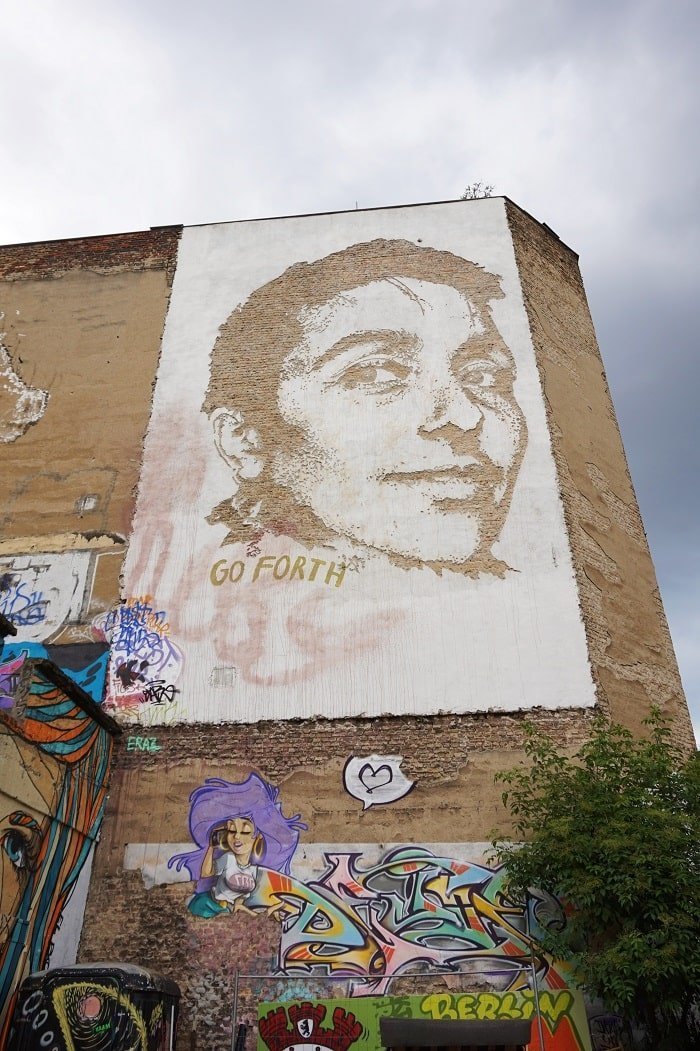 Kreuzberg is full of various different kinds of street art. A great place to start is around Kottbusser Tor from where you can follow down Skalitzer Straße and also pass through the many small side streets on the way. One of the most famous artworks of Kreuzberg can be found here named the Astronaut / Cosmonaut (on the back wall of Oranienstraße #195). Another collection of smaller artworks can be found around the Treptower Art Center / Arena / Badeschiff spot at the Spree. Within all these areas we found a vast amount of totally differently designed street art, all unique in their very own way. 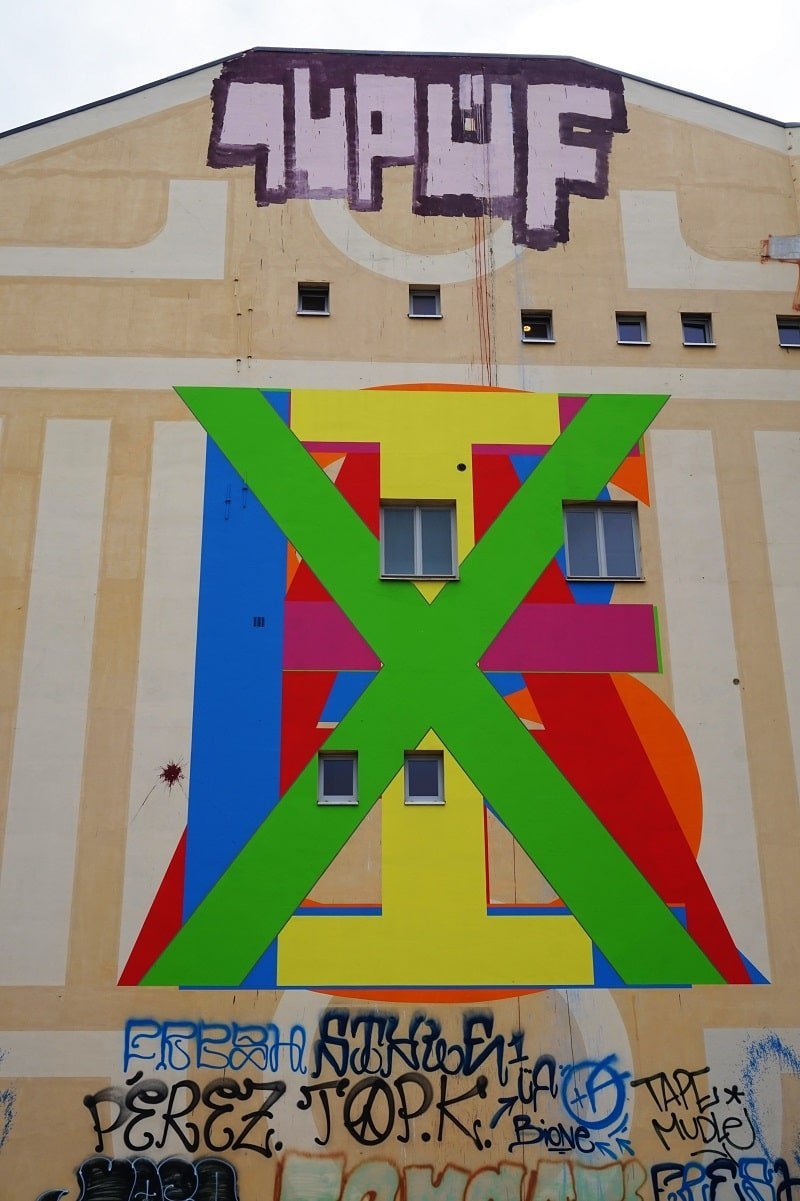 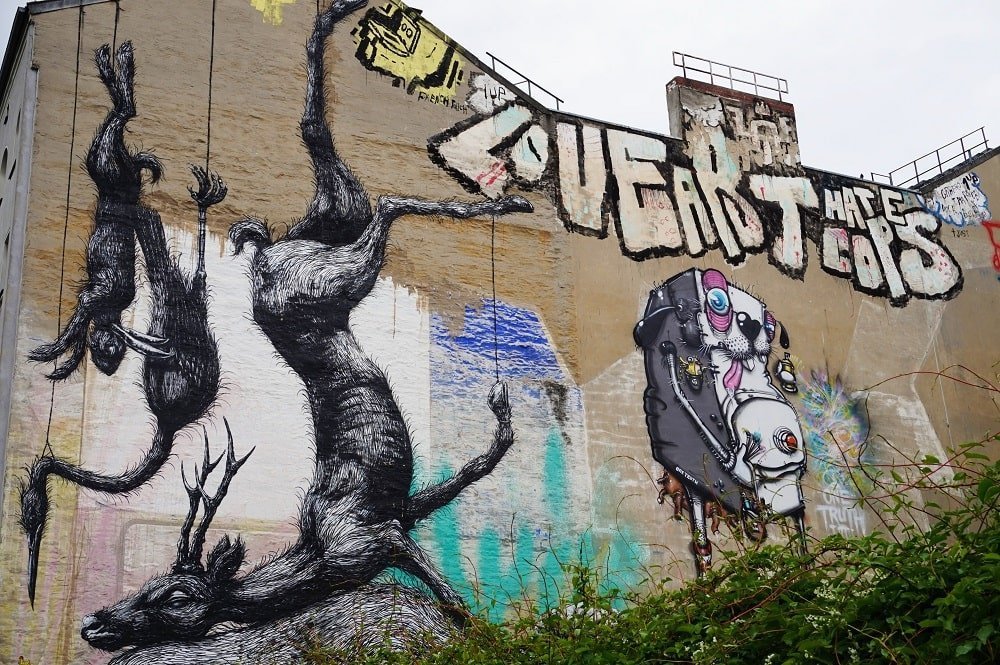 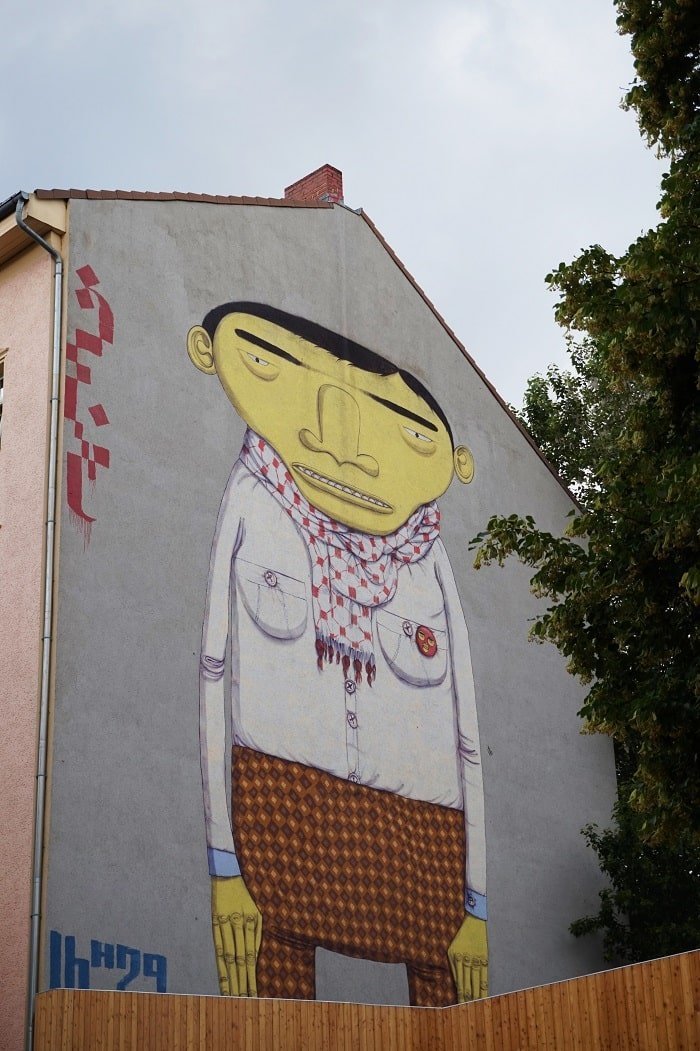 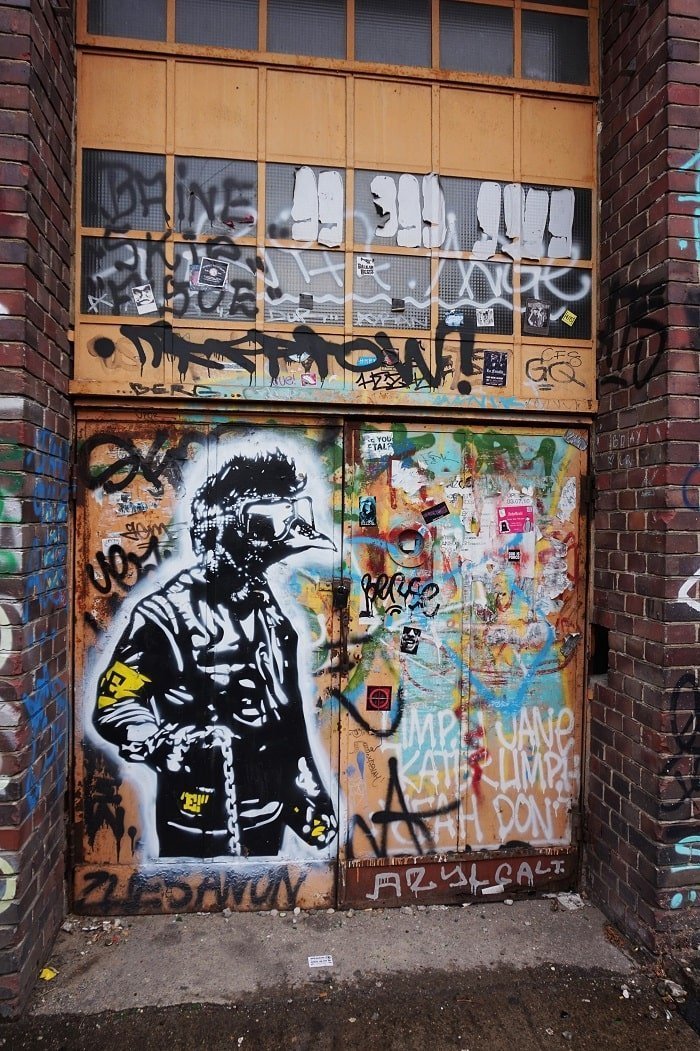 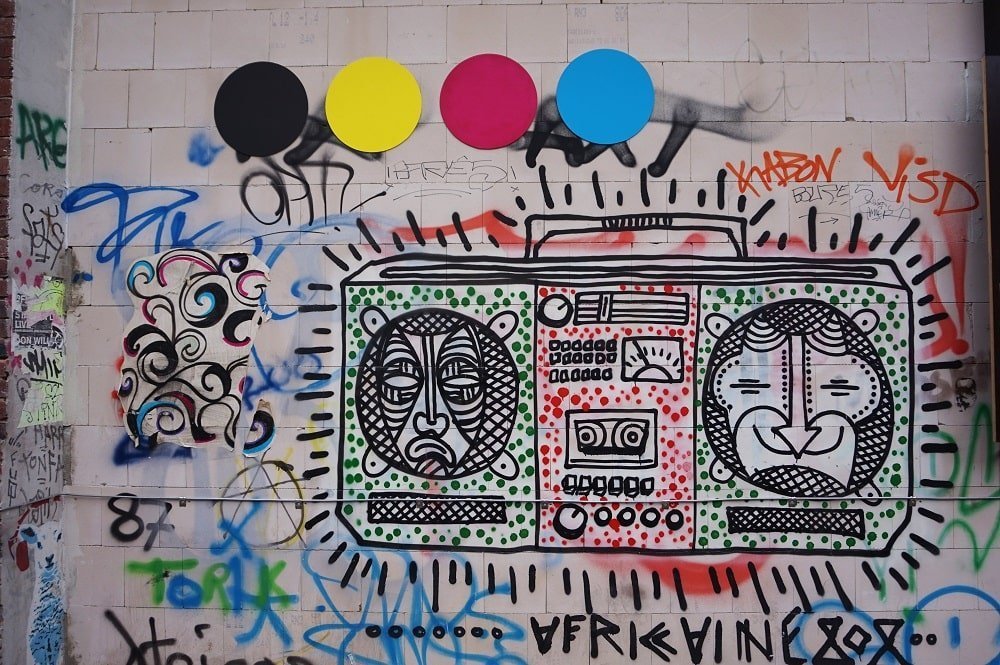 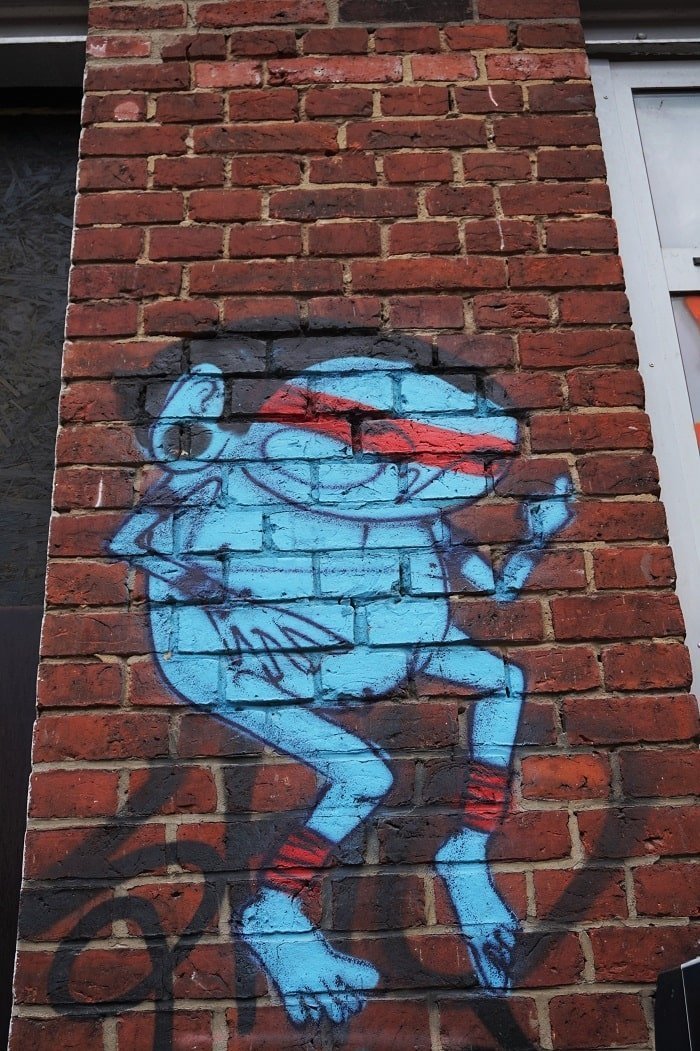 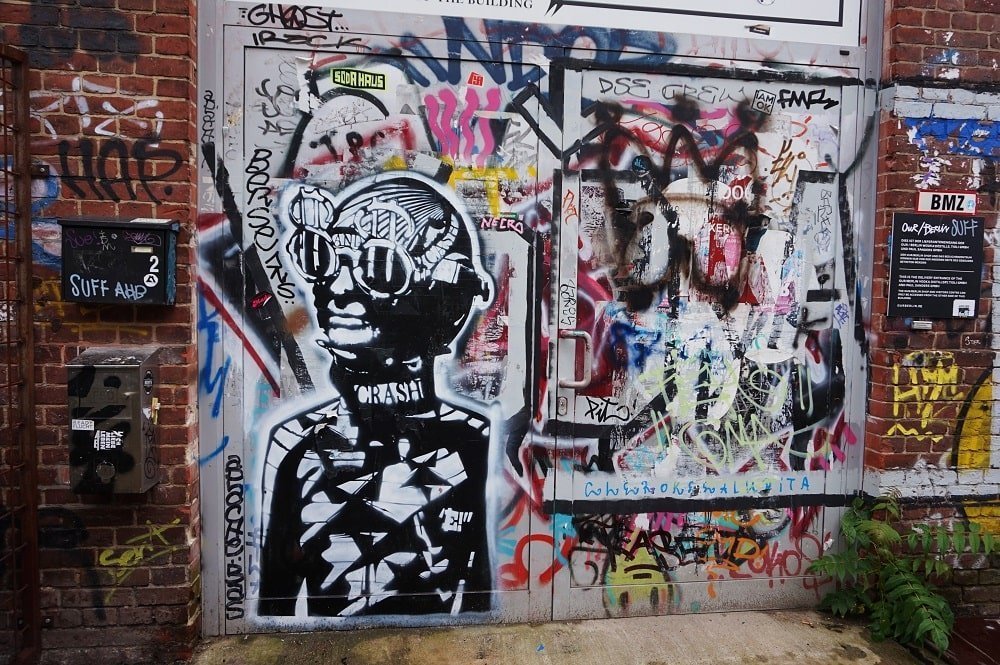 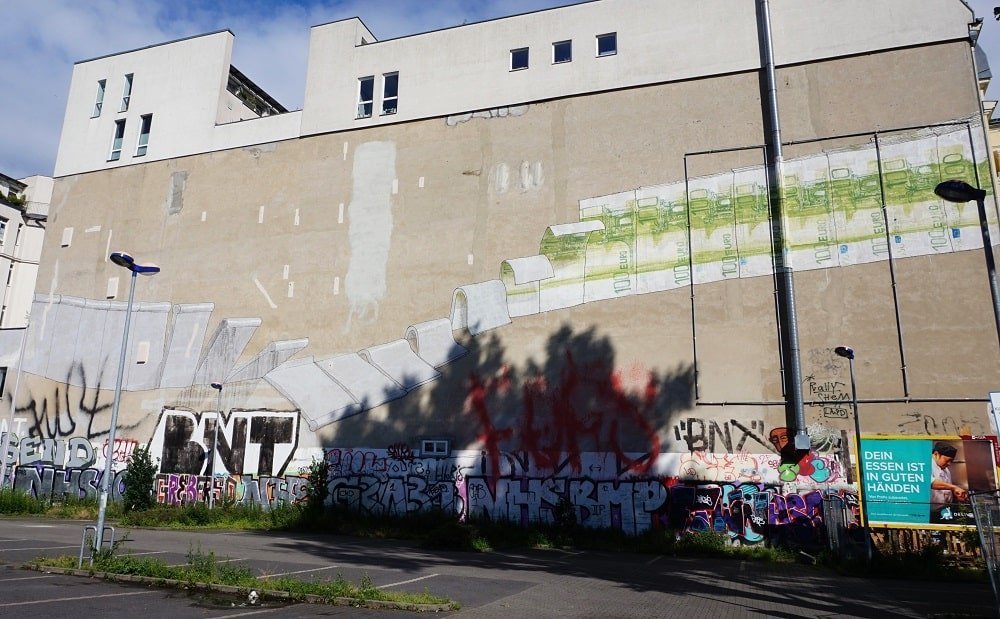 We absolutely love the diversity of Berlin street art that we found. It is a small fraction of what great art lies within the streets of Berlin but gave us a great impression of street art in this town.